Two volunteers from the UK are part of a group spending three months living in the Holy Land as part of a project run by the World Council of Churches (WCC).

Under the WCC's Ecumenical Accompaniment Programme, Christians live among communities in the disputed West Bank - the area occupied by Israel since the Six Day War in 1967. Israeli settlements on the West Bank are seen as illegal under international law, but Israel disputes that.

One of the volunteers, Sarah Donald, told Premier: "We are here by invitation of the churches to witness the violation of international human rights and law."

Examples of the work include accompanying Palestinian shepherds as they move sheep onto land adjoining Israeli settlements, travelling to school with children in troubled areas and trying to calm other tense situations between Palestinians and Israeli soldiers or settlers.

Another volunteer, Jane Foster, said: "By being there and being recognisably neutral but in support of international law and human rights, it makes the Israeli settlers and others think twice about behaving badly." 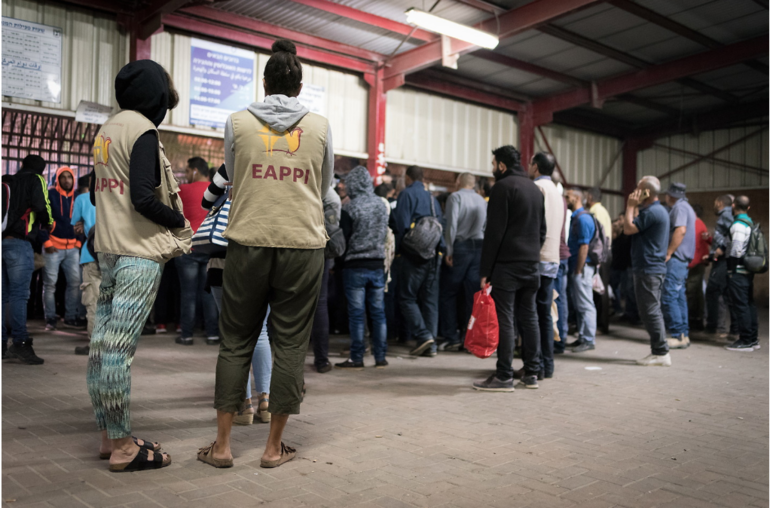 EAs monitor and document the situation at many checkpoints in Jerusalem and the West Bank, and offer basic support if anyone is denied passage

Critics of the project say it sides with Palestinians and is unduly critical of the Israeli government. But the ecumenical accompaniers reject the criticism.

The WCC's guidelines insist on neutrality between the different communities.  But, at the same time, ecumenical accompaniers are told they must not be impartial when it comes to international law or human rights issues. In some cases they report incidents to the United Nations. 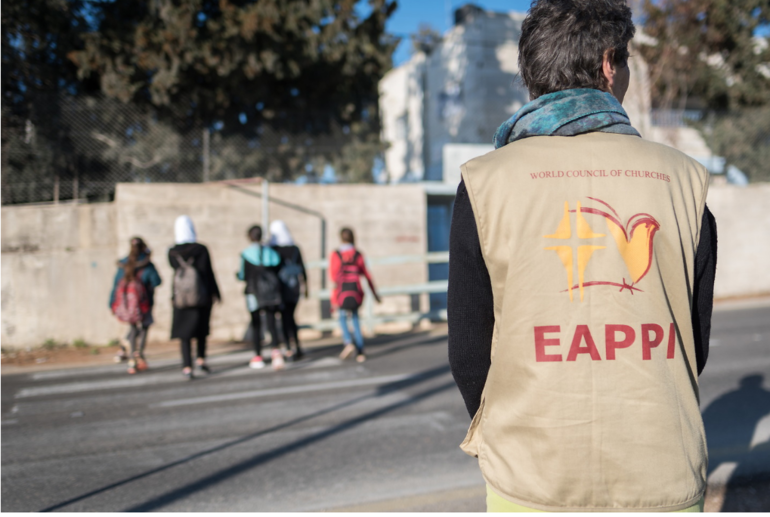 Ecumenical Accompaniers from the World Council of Churches' Ecumenical Accompaniment Programme in Palestine and Israel spend the morning doing a 'school run', by which they offer a peaceful protective presence for Palestinian children as they go to school at Al Minya.

According to Donald, "the reality is (those situations) occur on the eastern side of the Green Line" in the territories Israel has annexed.

Foster said it is an important role for the WCC.

"We are the eyes and ears of the international community," she said.

After six months in The Holy Land the two women will return home, and intend to share their experiences with visits to UK churches and groups working for social justice.

For Donald the time in Israel has already had its effect, particularly when listening to Bible readings in church.

"A passage would start 'Jesus was going on the road from Jericho to Jerusalem'. And I thought 'wait a second, I've been there. I've seen that road'.

"And I think if Jesus were here today it would look quite familiar to him. It's an occupation with people who are oppressed, not being loved or seen as neighbours."