Mark Nonkes from World Vision attended the ceremony where the children were set free and said it's the largest release of child soldiers ever in the country.

The charity said although the release is a major victory, many of the children have been active in fighting, and some have experienced sexual and gender-based violence. 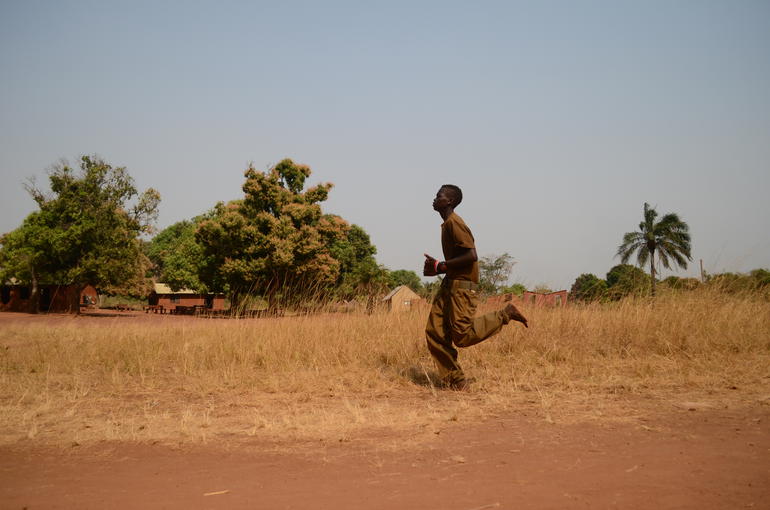 Fifteen-year-old Victor is among the children released. He was abducted and forced to be an informant for an armed group for more than a year.

"They told me to go near the road and if I heard the sound of a car coming, I went and reported it," he explained. "Then they would come and take the car. They would shoot at it [and] they would burn it. The people inside the cars would sometimes escape and run. Other times they would be killed."

Case workers with World Vision's reunification and reintegration programme, supported by UNICEF, will help support the children to recover from the violence they have witnessed and re-join society.

Suggesting a long road ahead for the children, Nonkes: "They have survivor's remorse in some cases. In other cases there's just absolute excitement that they don't have to do this anymore.

"Children are grasping with what they've been forced to do and how to make sense of that. We've got a big job ahead of us with this counselling work."