Christian charities are providing assistance and offering prayer for people affected by the mudslides caused by heavy flooding in Sierra Leone.

A national emergency has been called in the West African country after torrents of water swept through the Regent area, a mountainous town 15 miles east of the capital Freetown, turning roads into churning rivers of mud leaving at least 300 people dead. Many were trapped under tons of mud as they slept.

James Chfwelu, National Director of Christian charity World Vision in Sierra Leone told Premier that while they were prepared for heavy rain, "the devastation this year has been worse. This is the worst that this country has seen".

At least a hundred houses were hit when a hillside in Regent collapsed in the early hours of Monday. It is thought to be the worst flooding in Africa for the past two decades.

The death toll looks certain to rise as bodies washed up on a beach and workers searched for an untold number buried in their homes.

Speaking during News Hour he said it was "very difficult to rescue people because the equipment for rescue was quite limited as this came so much in a very surprised form".

He explained: "So others were rescued injured but a lot of them died and as of yesterday we were told that more than 600 were still unaccounted for.

According to Christian charity Tearfund, at present, 312 people are reported to have died and at least 2,000 people have lost their homes, with several thousand still missing.

Government spokesman Cornelius Deveaux said rescue operations began early Tuesday to remove people still believed to be buried in the rubble. Heavy equipment was deployed to dig into the piles of red mud.

He said definitive death figures were unknown "as the mortuary is overwhelmed with corpses - men, women and children".

Rainfall is forecast for the coming days.

Gaston Slanwa, Tearfund's Country Representative for Sierra Leone, is based in Freetown and said: "I drove around Freetown yesterday and saw several houses had disappeared, roads completely gone. On one bridge I saw two people who were already dead being pulled out of the water then put in the ambulance right before my eyes.

"In just one of the church communities we work through, 60 people have died and 300 have lost their homes. We are working closely with all our partners 24/7 to understand how best to support them, as well as liaising with the government and other agencies to carry out needs assessments and co-ordinate our response."

Chfwelu told Premier that he has prayed with some of those affected.

He explained: "First of all we want to be real and just say that this is painful, this is something that was unexpected but I think the word of hope to those that have survived is that even if they are in this desperate situation, either injured, orphaned or homeless, they are much better off than those that actually died because it was so devastating and so many lives were lost.

"Those that have survived, we are making them look forward to God with hope instead of worrying about the situation much more." 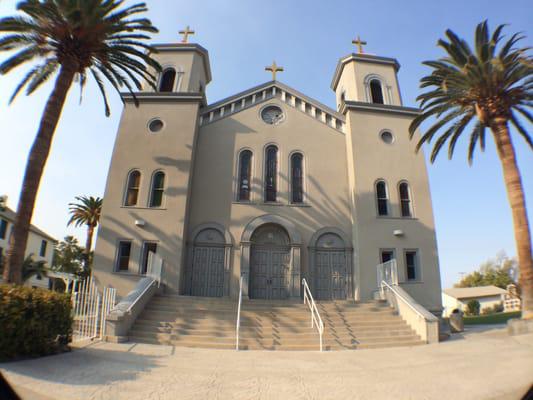 Slanwa called for prayer and said: "Please pray for God's comfort for the hundreds of families affected, for our church partners who are working tirelessly to help local community members and for improved access to allow us to reach those are cut off and in desperate need."

Many of the impoverished areas of Sierra Leone's capital are close to sea level and have poor drainage systems, exacerbating flooding during the rainy season. Freetown is also plagued by unregulated building of large residential houses in hilltop areas.

Thousands of makeshift settlements in and around the capital were severely affected and deforestation for firewood and charcoal is one of the leading factors of worsening flooding and mudslides.