A Chilean miner who was among the 33 rescued after 70 days underground in 2010 has sent a message of hope to the trapped Thai schoolchildren.

"Do not lose faith or hope," Juan Carlos Aguilar advised the twelve boys and their football coach trapped in flooded caves.

He told The Daily Telegraph that, after he was buried alive with his colleagues by the collapse in the San Jose mine, their faith helped sustain them until they were rescued.

"There was one [miner] who did lose hope - from the first day he was saying we were going to die, but us, with the prayers and all this, this maintained us, and it maintained us united."

Meanwhile, the Thai football team-mates, who have been stranded for more than a week, have said they are healthy, in a newly released video. 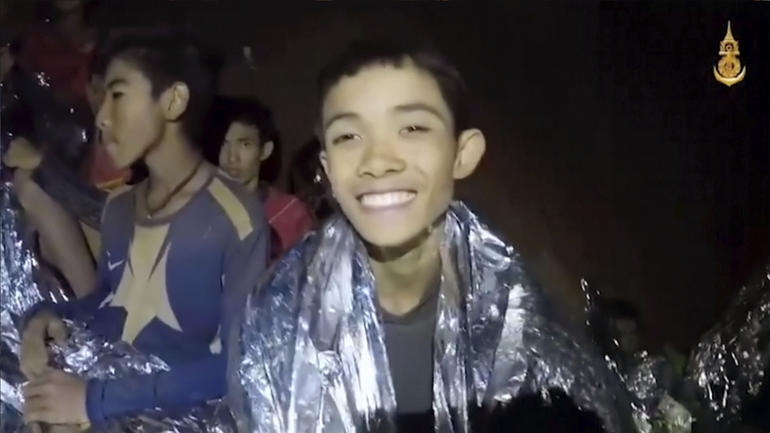 The group are seen sitting with Thai navy Seals in the dark cave with their visibly skinny faces illuminated by the beam of a flashlight.

The boys, many wrapped in foil warming blankets, take turns introducing themselves, folding their hands together in a traditional greeting and saying their names and that they are healthy. 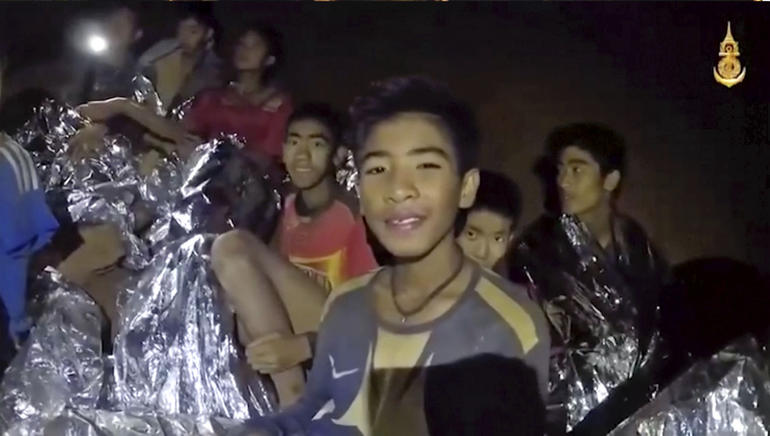 The video lasting about a minute was recorded sometime on Tuesday and was posted on the navy Seal Facebook page on Wednesday morning.

The boys, aged between eleven and 16, and their 25-year-old coach disappeared after they went exploring in the Tham Luang Nang Non cave in northern Chiang Rai province after a football game on 23rd June. 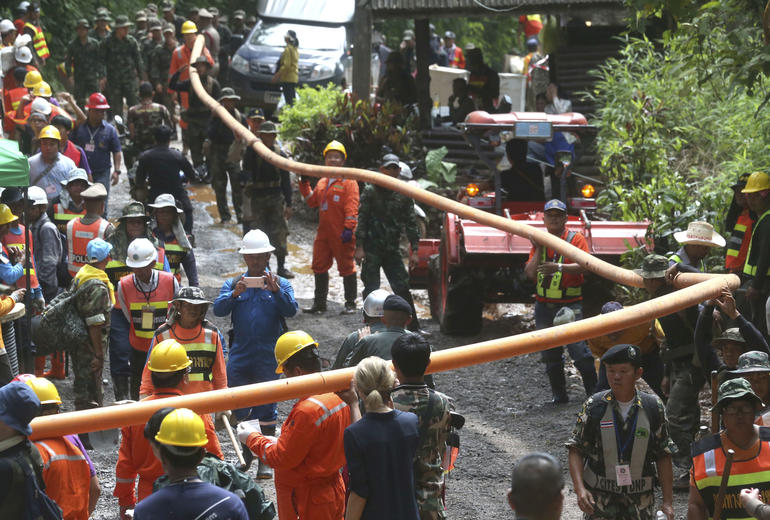 As much as four months of supplies might have to be taken to the group as flooding means it's too dangerous to get them out anytime soon and they may all have to be taught how to dive.