Brazil has been mourning the loss of Cardinal Evaristo Arns - famous for defying one of Brazil's military governments - at his funeral in Sao Paolo.

Hundreds attended Cardinal Arns' funeral at Sao Paolo cathedral, where he will also be buried, with many more watching on national television. He died earlier this year aged 95.

Cardinal Arns led Sao Paolo archdiocese for 28 years from 1970 to 1998 and is known for rebelling against the 1965-1985 military government by holding a prayer meeting between various Christian denominations at the cathedral, while army tanks and soldiers were positioned outside.

There, he directly accused the military government of the time of assassinating journalist Vladimir Herzog, who'd been detained shortly before his death. Authorities said he committed suicide in prison. 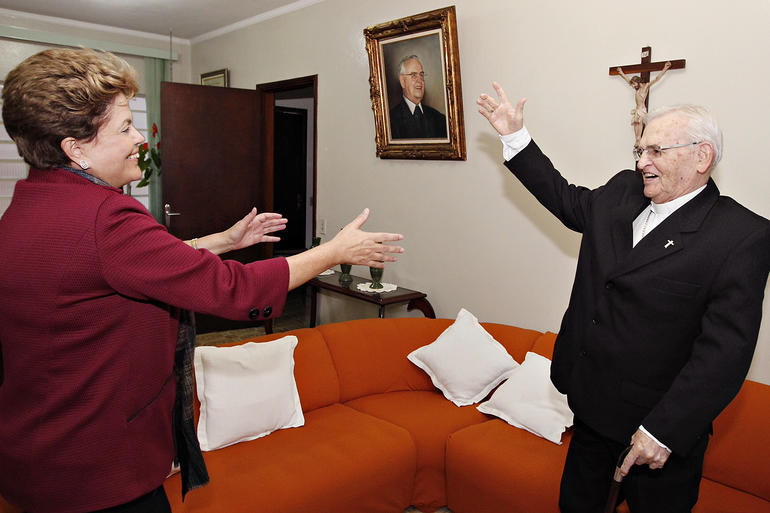 The cardinal also caused controversy by selling the former archdiocesan archbishop's palace in Sao Paolo and using the money to build a health centre for a shantytown in the city. He moved into an apartment behind a monastery afterwards.

Arns also called for debate on the Catholic doctrine of celibacy for clergy, saying the practice wasn't backed up by the Bible.

He criticised then Pope John Paul II for not allowing discussion on the issue.