Rt Rev Christopher Foster (pictured, below) called Mr Trump "a bully of the most blatant kind" in an article for The News Portsmouth.

In the third and final presidential TV debate before the election November 8th, Donald Trump refused to promise he would accept the election result if he lost.

Mr Trump said the election process was rigged because Hillary Clinton should not be allowed to run after her leaked email scandal, and argued the media is consistently biased against him.

Donald Trump is trailing in the polls behind Hillary Clinton after a video emerged of him making predatory and inappropriate sexual remarks about women.

He has since apologised.

The two candidates also clashed over the rights of women to have abortion.

Mr Trump said he planned to appoint "pro-life judges" to the Supreme Court and allow individual states to determine whether abortion should be legal.

Referring to Mrs Clinton, he said: "Based on what she's saying... you can take the baby and rip the baby out of the womb in the ninth month, on the final day, and that's unacceptable."

While many commentators have criticised Mr Trump for his refusal to accept the American people's will, other commentators praised his performance in the final debate.

Conservative US commentator Ann Coulter told the BBC: "On issue after issue, he is taking the popular side.

"A lot of that came out in the debate, which was kind of novel compared to the first two debates." 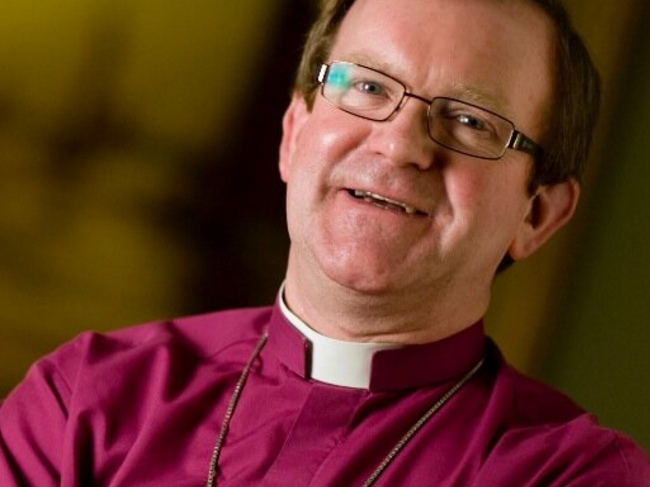 "And there may be serious questions about Hillary Clinton's handling of her personal email account.

"But during the campaign, we have seen clear evidence of Donald Trump's sexism, racism, and contempt for the disabled, and there seems to be no doubt that he is viewed as a bully of the most blatant kind by many both here and in the USA.

"And so I feel compelled to pray that the US will elect a president least likely to misuse the power they will be given, particularly in this world where there is so much exploitation of the weak, so much slavery, human trafficking and oppression.

"I pray too that they will elect a person at least willing to consider the model of Jesus... who deliberately laid down his power to demonstrate that true love uses no coercion, and that true love stands adorned only with gentleness and humility, rather than the armour of bullying and manipulation."

Rt Rev Christopher Foster, Bishop of Portsmouth, told Premier's News Hour American Christians have a responsibility to ensure respect is a key part of their choice.

He said: My prayer is that each individual voter needs to pray hard, to think hard, to consider hard - and particularly for Christians it's important to weigh seriously issues about human dignity and respect."

He said: "The core issue now for Republican supporting Christians is the issue of trust and credibility - even if they take Trump at face value on issues like abortion or religious freedom and religious liberty, do they trust that he will carry through on those?"

Paul Bickley went on to say that Trump appeals to some voters because of his non-nonsense approach: "On some issues I think what has appealed about Donald Trump is his willingness to speak about those [difficult] issues, when other politicians have tried to ignore them - particularly around immigration, on Syria, around America's foreign policy, again he's attempting to sound tough."