It has emerged almost 26,000 Christians have now returned to their homes, nearly two years since Islamic State (IS) was driven from their city in the Nineveh Pl

Some families have come back to Qaraqosh from internal displacement centres, while others have travelled from Turkey or Lebanon - where they fled to seek refuge from Islamic extremists.

The resettlements form part of a massive humanitarian effort - supported by Christian organisations in the West - which as seen repairs made to almost 2,200 or the 6,800 uninhabitable homes in the Christian-majority city.

One of the programme's leaders, Syriac Catholic priest Fr George Jahola (pictured above outside a newly-repaired home, wearing a clerical collar) said: "If it weren't for the houses, there would already be no one left.

"We would be lost without our fellow Christians in the West."

Last summer, three Christian charities published a report which estimated between half and 80-per-cent of Christians in Syria and Iraq had left since the Syrian civil war broke out in 2011.

More than 4,600 homes in Qaraqosh remain unusable following damage suffered while the city was under IS control, according to Aid to the Church in Need.

The Catholic international development charity says 4,300 properties across the wider Nineveh Plains region have been restored since IS was forced out in October 2016. 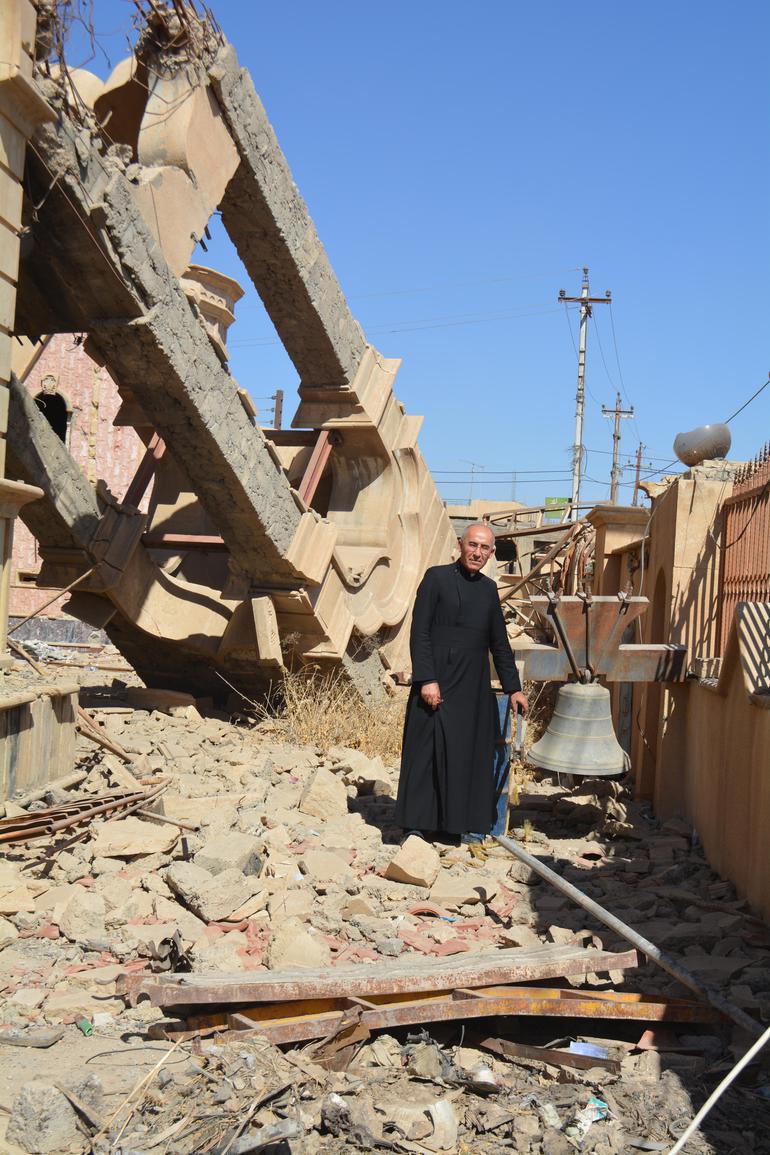 Fr Jahola said house repairs are critical in attracting people back, but added: "The [Iraqi] government has no money and other priorities. No one shows their face here."

He said: "We don't need words. I can't even begin to tell you just how many western ambassadors and politicians I have already spoken with.

"What we Christians in Iraq need is action."