A convoy of aid for migrants in Calais organised by British youth workers has arrived in France.

It is estimated that more than 4,000 migrants and asylum seekers are now living in the Calais camp nicknamed "The Jungle".

The French government has supplied some infrastructure but those living there rely largely on charity for food and clothes, including donations that have started arriving from the UK.

"There's fifteen of us in 6 vehicles, loads of stuff, so we've just gone and dropped a load of stuff at an old Catholic church where they distribute supplies and clothes and tents from," said Premier journalist Jamie Cutteridge who is part of the convoy.

"We'll just find some food now and then we'll go into the 'Jungle camp' and then distribute that," he added on Premier's News Hour. 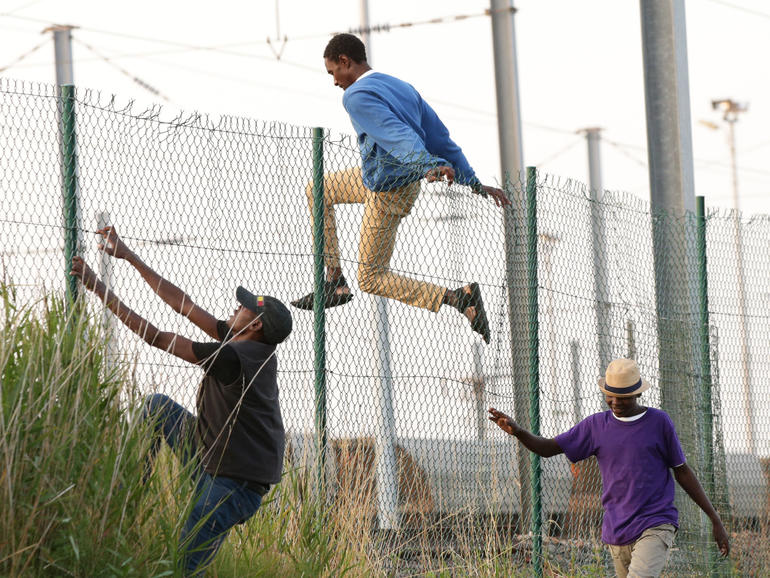 Eurotunnel says the number of migrants trying to get into the terminal near Calais has fallen dramatically after the UK invested £7 million pounds in improving fencing.

Last week it was claimed the UK needed to introduce ID cards to tackle the migrant crisis in Calais. Migration Watch said radical action is needed, including new detention centres in Dover.

The group, which campaigns for tighter immigration restrictions, also wants the budget for enforcement to be doubled.

Listen to Jamie Cutteridge on speaking from Calais to Premier's Marcus Jones on the News Hour: