A Spanish politician's Twitter account was temporarily suspended after tweeting that "man cannot get pregnant" because he has "no womb or eggs".

Francisco José Contreras was tweeting in response to an article about the first transgender male to have given birth in Spain. The now-deleted tweet said: "This is a lie. Man cannot get pregnant. Man have no womb or eggs".

"The hateful tweet (which I was forced to delete) was one that said: 'A man cannot get pregnant. A man has no womb or eggs,'" he wrote on Facebook. "You can see this is already fascist biology. Next time I'll try 2 + 2 = 4." 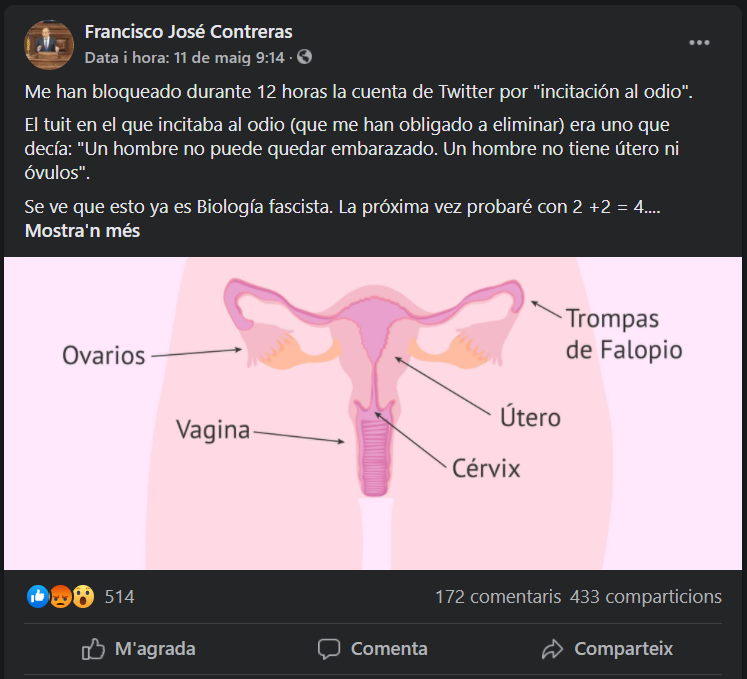