Donald Trump has insisted not a single dollar was paid to North Korea by the United States for medical care given to a coma-stricken Christian student.

It comes after the Washington Post published a report that the US was charged $2 million by Pyongyang for treatment received by Otto Warmbier.

Responding on Twitter, he said: "No money was paid to North Korea for Otto Warmbier, not two million dollars, not anything else."

The 22 year old died in 2017 after being flown to the US in a coma. He had suffered brain damage.

The University of Virginia student had been detained for 17 months by the secretive state after being accused of trying to steal a sign from a hotel where he was staying in the capital city.

No money was paid to North Korea for Otto Warmbier, not two Million Dollars, not anything else. This is not the Obama Administration that paid 1.8 Billion Dollars for four hostages, or gave five terroist hostages plus, who soon went back to battle, for traitor Sgt. Bergdahl!

He was sentenced to 15 years hard labour.

It has now been claimed North Korea insisted the Ohio-born believer's medical bill be settled prior to his release. 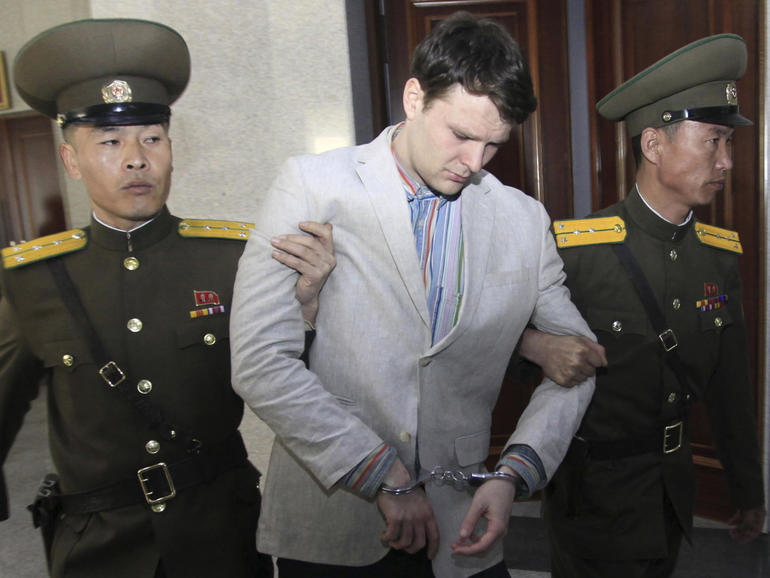 According to the Post, which cited two sources, a US official signed off on the payment on the orders of President Trump.

CBS citied a former Department of State worker who said the US never paid to fee - nor did it intend to - but the bill was accepted.

Mr Warmbier's parents have insisted their son's death was due to torture - something North Korea has always denied.