The death toll from the Easter suicide bombings in Sri Lanka has risen to 359 and more suspects have been arrested, police in Colombo have said.

Islamic State has claimed responsibility and released images that purported to show the seven bombers who blew themselves up at three churches and three hotels on Sunday.

It was the worst violence the South Asian island nation had seen since its civil war ended a decade ago.

The government has said the attacks were carried out by Islamic fundamentalists in apparent retaliation for the New Zealand mosque massacre last month, but has said the seven bombers were all Sri Lankan.

New Zealand's prime minister, Jacinda Ardern, said she had not received any official advice from Sri Lanka or seen any intelligence to corroborate the claims. 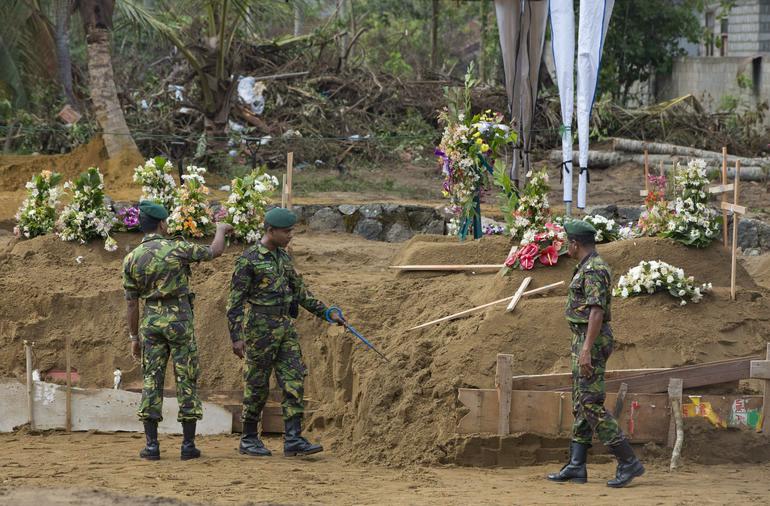 The prime minister had warned on Tuesday that several suspects armed with explosives were still at large.

IS has lost all the territory it once held in Iraq and Syria and has made a series of unsupported claims of responsibility around the world. 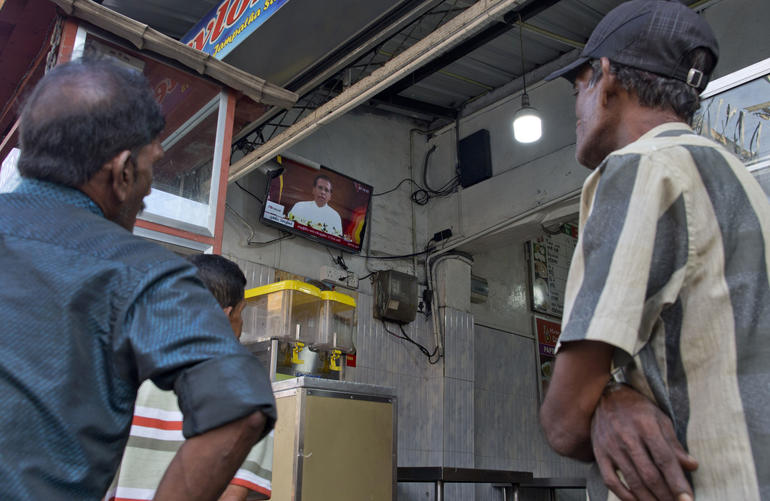 IS's Aamaq news agency released an image purported to show the leader of the attackers, standing amid seven others whose faces are covered.

The group did not provide any other evidence for its claim, and the identities of those depicted in the image were not independently verified.

Meanwhile, in an address to parliament, Ruwan Wijewardene, the state minister of defence, said "weakness" within Sri Lanka's security apparatus led to the failure to prevent the nine bombings.

"By now it has been established that the intelligence units were aware of this attack and a group of responsible people were informed about the impending attack," Mr Wijewardene said. 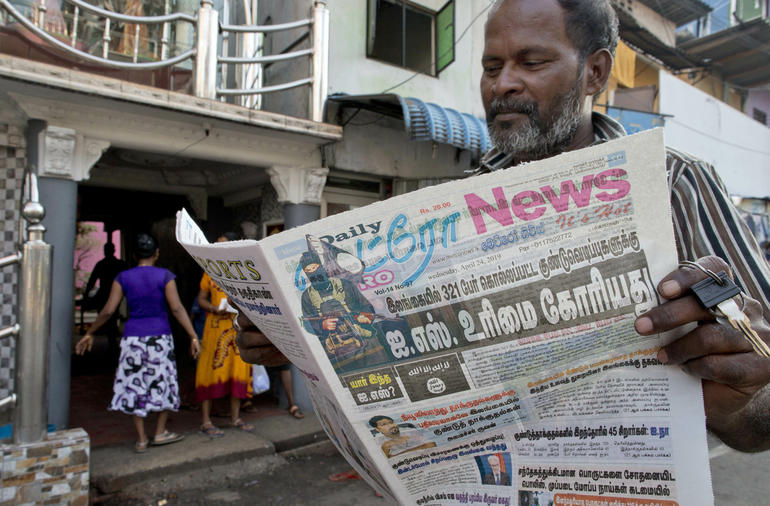 "However, this information has been circulated among only a few officials."

In a live address to the nation Sri Lanka's president, Maithripala Sirisena, said he also was kept in the dark on the intelligence about the planned attacks.

He vowed to "take stern action" against the officials who failed to share the information and also pledged "a complete restructuring" of the security forces.

Mr Wijewardene said the government had evidence that the bombings were carried out "by an Islamic fundamentalist group" in retaliation for the March 15 mosque shootings in Christchurch, New Zealand, that killed 50 people, although he did not disclose what the evidence was.

#BREAKING: ISIS releases the very video of the 7-8 terrorists pledging their allegiance to Abu Bakr al Baghdadi, the Caliph of ISIS, before attacking Sri Lanka. This means Al-Baghdadi is alive and well as allegiance cannot be pledged to a dead Caliph. pic.twitter.com/d0AkWm4G3x

The office of New Zealand Prime Minister Jacinda Ardern issued a statement responding to the Christchurch claim that described Sri Lanka's investigation as "in its early stages."

"New Zealand has not yet seen any intelligence upon which such an assessment might be based," it said.

An Australian white supremacist, Brenton Harrison Tarrant, was arrested in the Christchurch shootings.

It emerged on Wednesday that the FBI was on the ground in Sri Lanka to help assist the investigation. 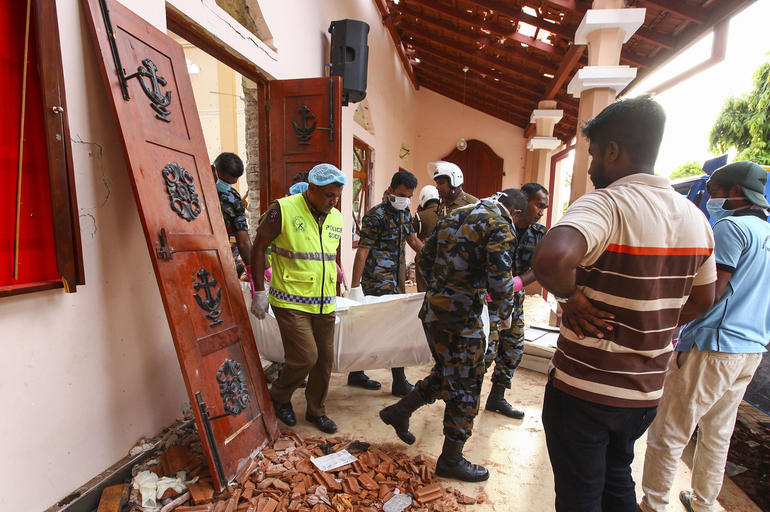 Meanwhile specialist officers from the UK's Metropolitan Police's Counter Terrorism Command have been sent to the country to support the bereaved.

Word from international intelligence agencies that NTJ was planning attacks apparently did not reach the prime minister's office until after the massacre, exposing continuing turmoil in Sri Lanka's government.

A block on most social media since the attacks has left a vacuum of information, fuelling confusion and giving little reassurance the danger had passed. 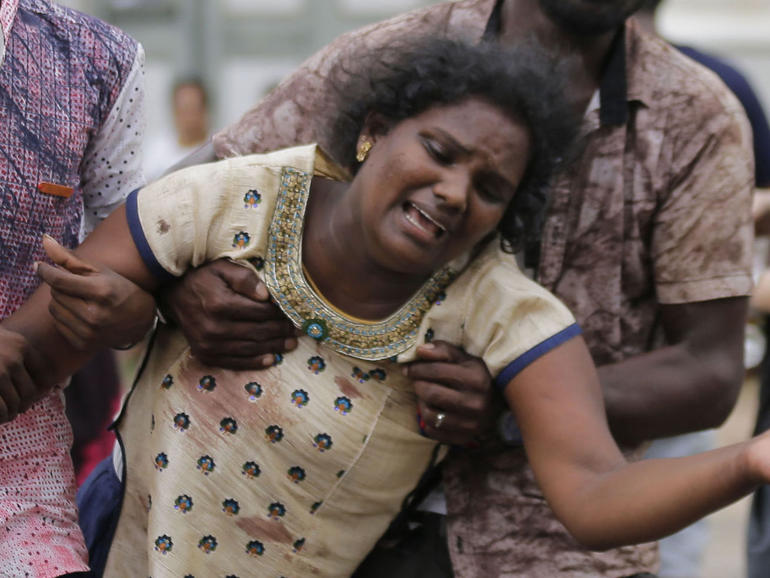 Mr Wickremesinghe said he feared the massacre could unleash instability and he vowed to "vest all necessary powers with the defence forces" to act against those responsible.

The history of Buddhist-majority Sri Lanka, a country of 21 million including large Hindu, Muslim and Christian minorities, is rife with ethnic and sectarian conflict.

But Sri Lanka has no history of Islamic militancy. Its small Christian community has seen only scattered incidents of harassment.