A man arrested over fires at three black churches in Louisiana is the son of a sheriff's deputy.

St Landry parish sheriff Bobby Guidroz said the father of the suspect is a sheriff's deputy in his department.

At a news conference, Mr Guidroz disputed reports that Matthews's father turned his son in.

Mr Guidroz also said the suspect's father knew nothing of his son's alleged involvement in the fires. 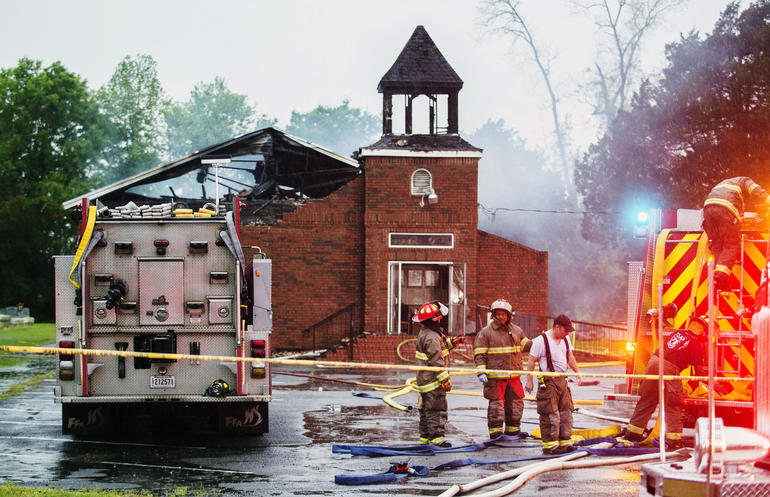 Each was more than 100 years old, with mostly black congregations.

The churches were empty at the time of the fires, and no-one was injured.