A man has described how a group of people became trapped under a car following a crash in the grounds of a church in Dublin.

Seven people were injured, including two critically, after the vehicle collided with pedestrians. It is understood a priest was driving the vehicle before he lost consciousness at the wheel.

Gardai said the driver of the car fell ill and struck the group at 10.20am on Monday.

Emergency services rushed to the scene of the Church of Immaculate Conception in Clondalkin, west Dublin, where mourners had gathered for a funeral.

Witness and mourner Larry Noonan said that other people jumped out of the way to avoid the collision. 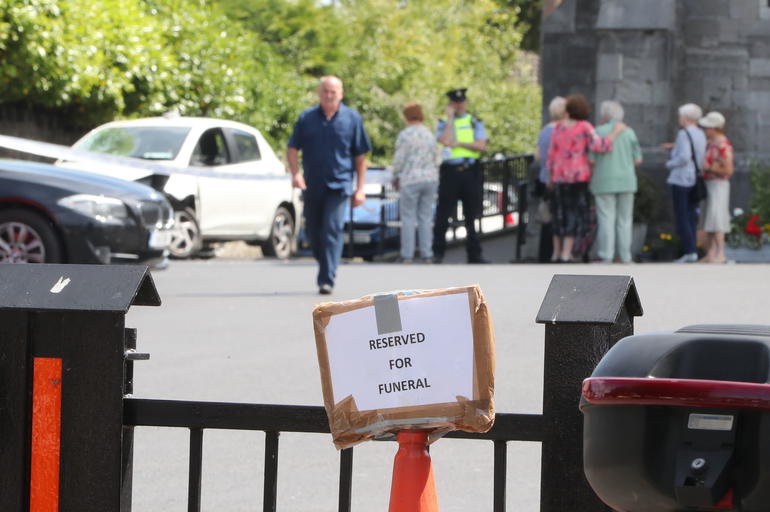 Mr Noonan, from Blackrock in south Dublin, said: "There was about 200 people standing around waiting for the hearse to arrive when there was a rumble of noise, it sounded like the church was collapsing, the sound was unbelievable and then we saw people rushing back.

"It was only about 20 feet away from me - it was packed with people - and then we discovered it was a car and people were underneath it. I believe there was about eight people injured.

All our resources have left the scene of the #Clondalkin RTC. In total 4 Fire, 1 Rescue Tender, 1 District Officer, 4 DFB ambulances and our Advanced Paramedic vehicle attended. A number of resources from @AmbulanceNAS and @GardaTraffic attended. Approx 13 people treated. https://t.co/qS58h9c1Ur

"Some people were very seriously injured.

"People were trying to lift the car, but it was jammed against the wall. 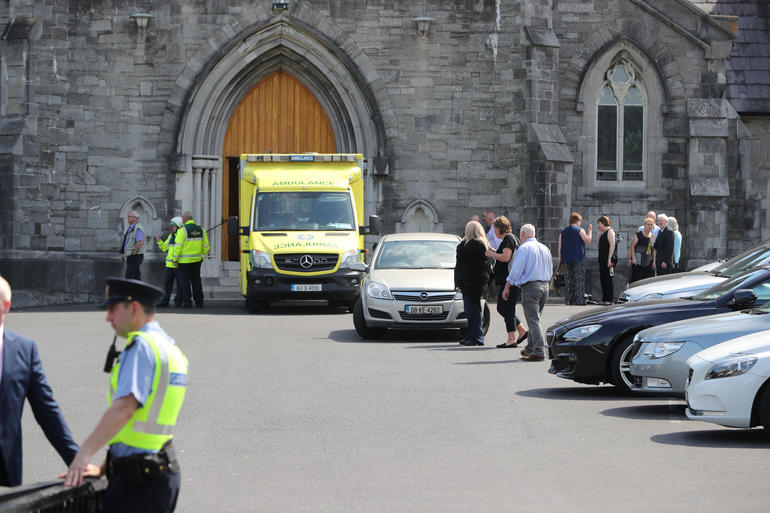 "The emergency services were there reasonably quickly.

"It was an awful shock, you wouldn't expect it at a funeral. People were all standing around outside the church when it happened."

Dublin Traffic - Gardaí & emergency services are currently dealing with a traffic collision in the grounds of a church at New Road, Clondalkin. It's understood the driver of a car fell ill and struck a number of pedestrians. Further updates will follow.

In a statement, gardai said: "Gardai and emergency services are at the scene of a collision at a church in Clondalkin Village, Dublin, at approximately 10.20am.

"It's understood the driver of a car fell ill and struck a number of pedestrians on the grounds of a church. 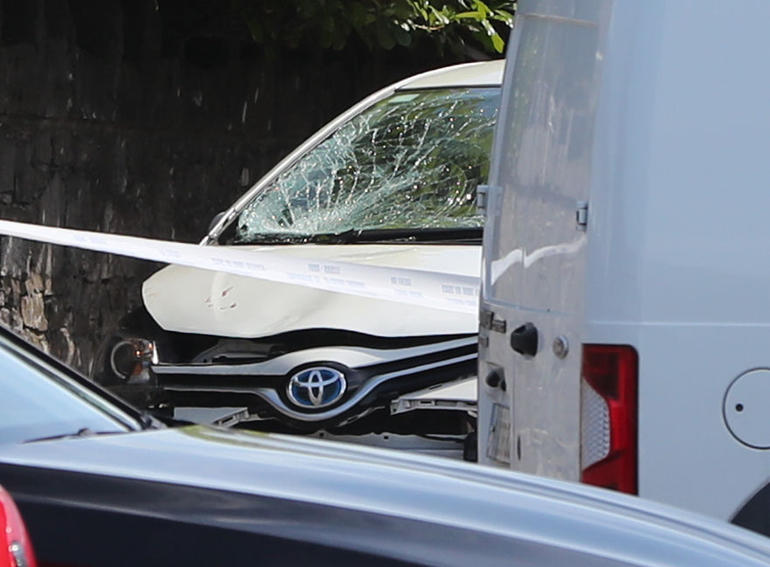 "Developments will be updated."