The Grammy Awards audience, littered with some of the world's best musical acts have been treated with a new take on the worship song 'How Great is Our God'.

Chance the Rapper, who won three awards on Sunday night, was joined on stage for his performance by gospel artists Kirk Franklin and Tamela Mann as well as a huge gospel choir.

During a mash up of songs from his album Coloring Book, the rapper at one point encouraged the audience to stand and worship.

Chance The Rapper, Kirk Franklin and Tamela Mann brought the church to the #GRAMMYs 2017 pic.twitter.com/bB51vkTasu

Earlier in the evening, the 23 year old picked up awards for Best Rap Performance for 'No Problem', Best New Artist and Best Rap Album.

Accepting one of the awards, he said: "Glory be to God. I claim this victory in the name of the Lord." 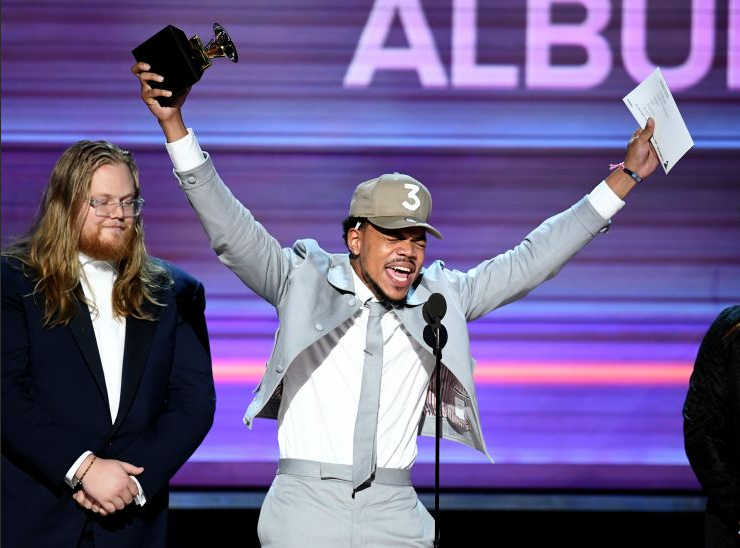 Over the past year he's won widespread acclaim for the album, which includes several references to his personal faith.

Elsewhere at the Grammys, British TV host James Corden was widely praised for his hosting of the ceremony while British singer Adele picked up five awards.