The famous book contains prayers which have been used in the Church of England for centuries, with many recitable phrases. This copy in particular bears the logo 'ER' (Elizabeth Regina) and was bought for £650 by Rev Canon Anthony Howe, a chaplain to the current Queen at Her Majesty's Chapel Royal at Hampton Court Palace.

He initially thought he had a similar copy already, as a collector of rare books, but was thrilled to find that it was from 1594 and had regal connections.

A courtier would spend time in the presence of the monarch at court, a lobby for the extended royal household, with this individual owning the prayer book near the end of her long reign between 1558-1603.

"It's nice to get different things but I don't like to go over the top," Fr Anthony told The Telegraph.

"The book's binding displayed the royal arms, not the full arms but the garter shield and crown, the more personal stamp," he said.

"Then I looked to see whether it also had the cipher, the ER [Elizabeth Regina] and bingo, there is was, the logo used in the royal household."

Please join us in welcoming the new Chaplain to the Chapel Royal, The Reverend Anthony Howe https://t.co/ksqviXV124 pic.twitter.com/rp86col2St

After the book arrived, he found a personal supplication inside: "I leafed through the book to see if there was anything else, and I came across this prayer, very neatly handwritten, which someone had added in." 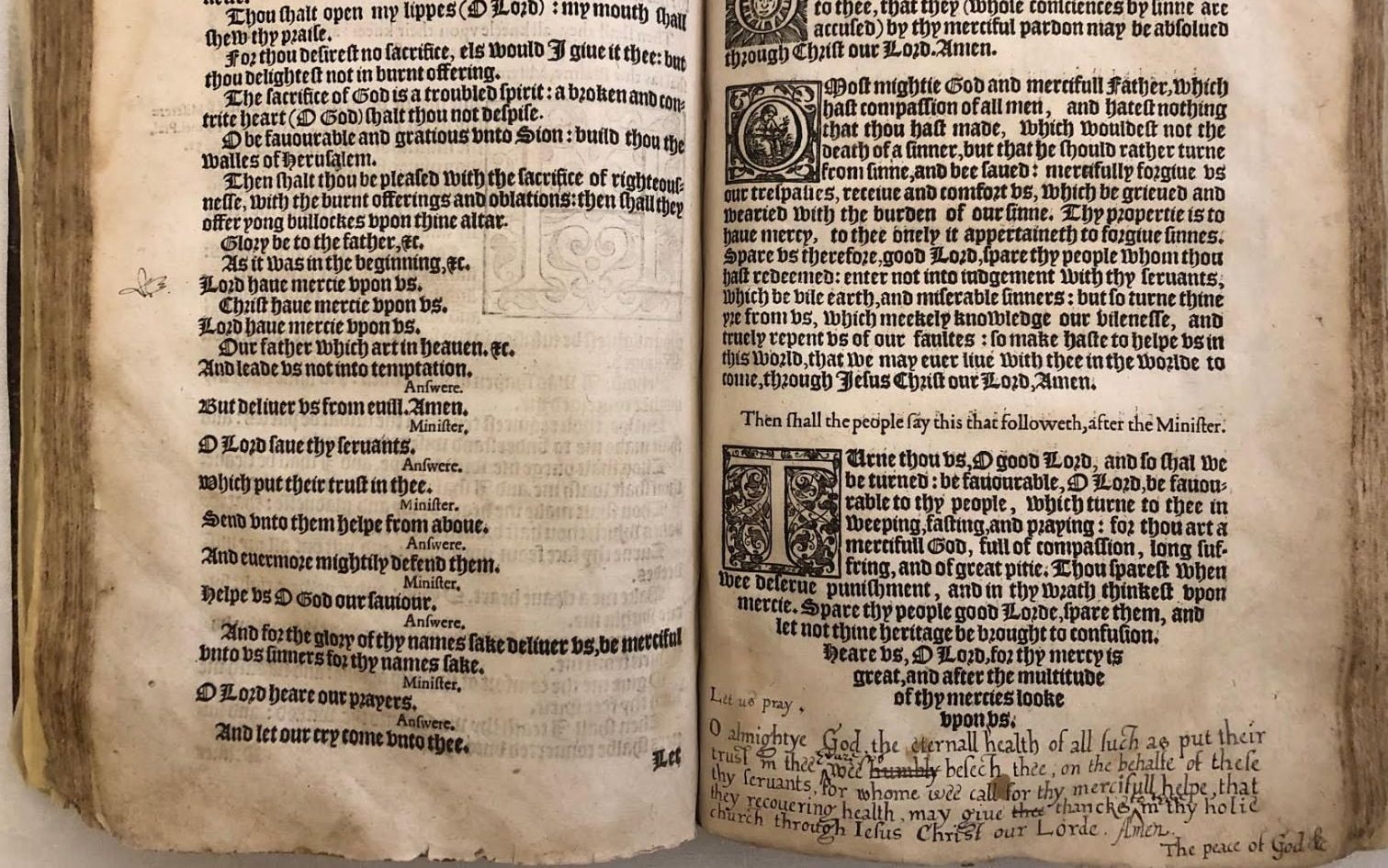 Fr Anthony reckons this prayer is proof it was owned by his 16th century equal, one of Elizabeth I's chaplains, who might have read out the prayer as the Queen performed a specific ceremony: "It was the prayer for the 'Touching of the King's Evil'. Only a prayer book from the royal chapel would have this. That absolutely sealed it. I was dancing around the room, I was absolutely thrilled."

Touching of - or for - the King's Evil was a custom which involved the King or Queen touching a patient to get rid of 'the King's Evil', probably tuberculosis, and 'curing' them with their royal touch. Shakespeare, who lived in Elizabeth's day, references the ceremony.

"It is really special for me because it would have been used by my predecessors hundreds of years ago or even at Hampton Court," Father Anthony said.

Continue the conversation on our Facebook page
Article by Premier Journalist