Pope Francis: Be guided by conscience, not rules

Pope Francis has urged Catholics to be guided by their individual conscience on issues like sex, marriage and family life instead of strict rules.

In a major document lasting 256 pages the pontiff makes no change in Church doctrine but makes clear that he wants a revolution in the way priests interact with faithful.

The document, titled The Joy Of Love, includes citations from Francis's predecessors whilst emphasising his own teachings.

He says the Church must no longer sit in judgment and "throw stones" against those who fail to live up to the Gospel's ideals of marriage and family life.

He said of the church: "We have been called to form consciences, not replace to them." 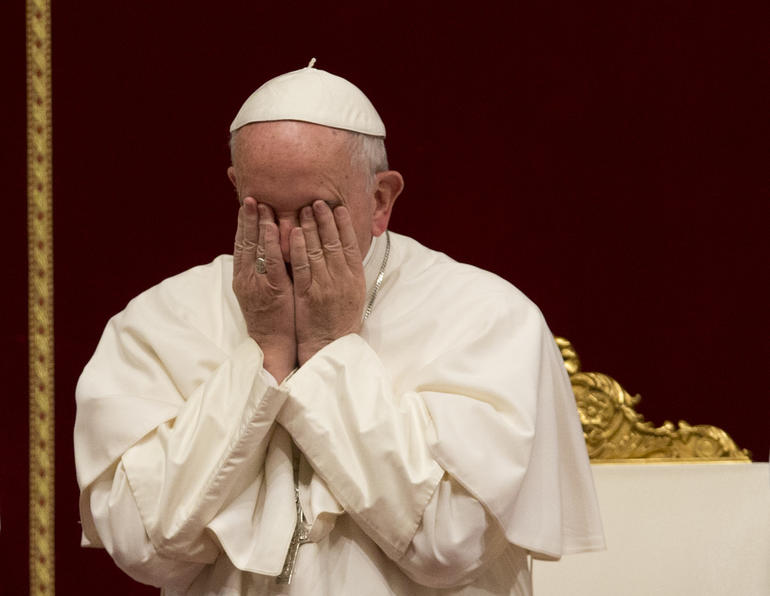 Francis wrote: "I understand those who prefer a more rigorous pastoral care which leaves no room for confusion. But I sincerely believe that Jesus wants a church attentive to the goodness which the Holy Spirit sows in the midst of human weakness."

On the issue of contraception he said a couple's individual conscience should guide their decision and not the rules set out by the Church.

He insisted the church's aim is to reintegrate and welcome all its members. He called for a new language to help Catholic families cope with today's problems, and said priests must take into account mitigating factors - fear, ignorance, habits and duress - in counselling Catholics who are not perfect.

He appeared to be talking about gay Catholics when he wrote: "It can no longer simply be said that all those in any irregular situations are living in a state of mortal sin and are deprived of sanctifying grace." 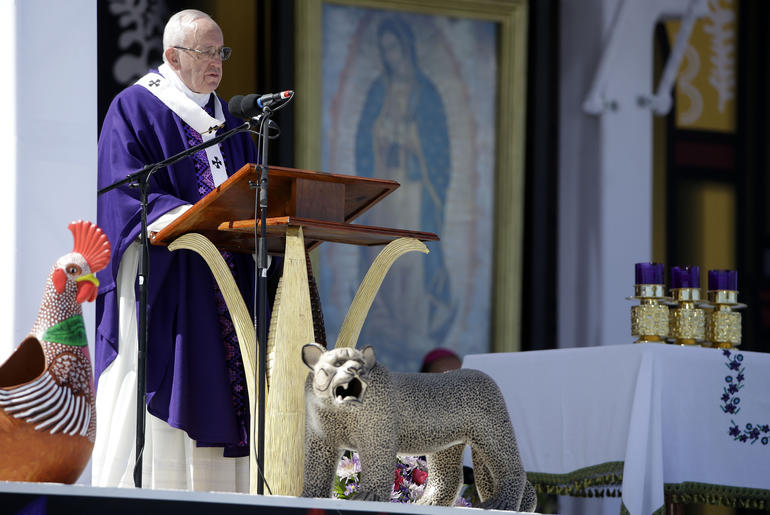 Even those in an "objective situation of sin" can be in a state of grace, and can even be more pleasing to God by trying to improve, he said.

"By thinking that everything is black and white, we sometimes close off the way of grace and of growth and discourage paths of sanctification which give glory to God," he said.

"Let us remember that a small step in the midst of great human limitations can be more pleasing to God than a life which appears outwardly in order but moves through the day without confronting great difficulties."

While Francis frequently cited John Paul, whose papacy was characterised by a hardline insistence on doctrine and sexual morals, he did so selectively. Francis referenced certain parts of John Paul's 1981 Familius Consortio, the guiding Vatican document on family life until Friday, but he omitted any reference to its divisive paragraph 83, which explicitly forbids the sacraments for the divorced and civilly remarried.

In fact, Francis went further than mere omission and squarely rejected John Paul's call in that document for people in civil second marriages to live as brother and sister, abstaining from sex so they can still receive the sacraments. In a footnote, Francis said many people offered such a solution by the church "point out that if certain expressions of intimacy are lacking it often happens that faithfulness is endangered and the good of children suffer".

He squarely rejected abortion as "horrendous" and cited the 1968 encyclical Humanae Vitae, which deals with the issue.