Argentine troops had brought a statue of Our Lady of Lujan to the Falkland Islands, or Las Malvinas, when they invaded the British colony in 1982.

After the two-month war, the statue ended up in a military cathedral in Britain, where it served as a focus for prayers for the dead from both sides.

Following his public audience, Francis wiped his eyes and kissed a stone plaque which honours the war dead in his Argentine homeland. 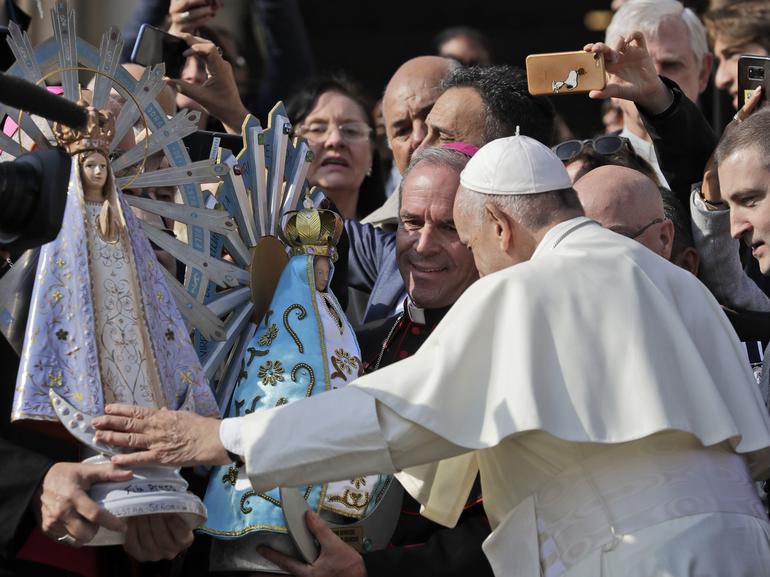 The statue is going back to Argentina, while British Catholics will get a replica at the Catholic Military Cathedral of St Michael and St George in Aldershot.

Britain defeated Argentina, which believed the Falklands were illegally taken from it in 1833.