Acting Chief Justice Lee Jung-mi said Ms Park's "acts of violating the constitution and law are a betrayal of the public trust".

Calls for Park Geun-hye's impeachment come over claims a friend of hers, Choi Soon-sil, was using the friendship to encourage companies to transfer millions of pounds to trusts she had interests in.

The outgoing president has publicly apologised for her links to Choi Soon-sil but has always denied wrongdoing.

Meanwhile two pro-president protesters died in demonstrations in the capital Seoul, with 30 other police and protesters also injured. 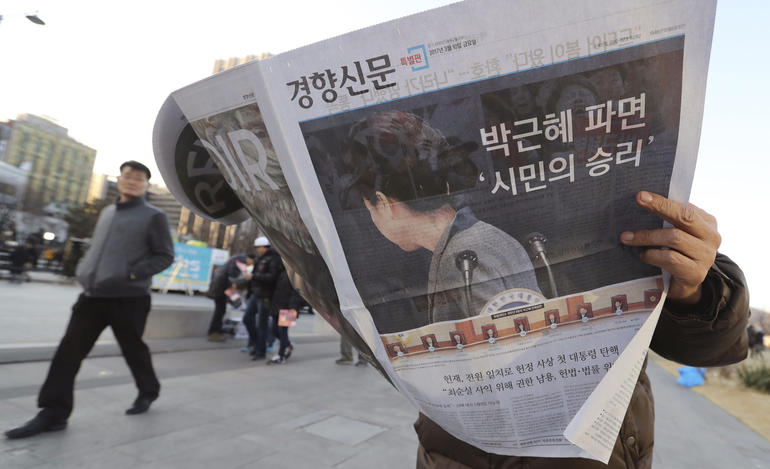 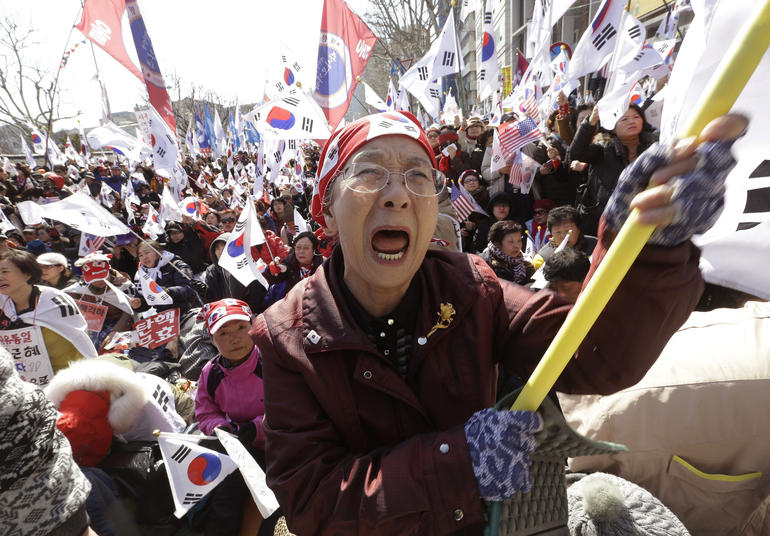 Speaking on Premier's News Hour, Taero Yoon said: "We can take it as a good opportunity to renew the whole mindset of South Korean people at this time, but because it's related to everywhere - government, legal side and business side - we have to work hard to build up an honest society.

"It [South Korea] has been corrupted with so many things which shouldn't be happening... It would be a chance for Korea people to think of who they're going to elect not because of who they're related to, but based on who they are.

"This can be the time that we stand up for our own rights as citizens."

Listen to Premier's Aaron James speaking to Taero Yoon on the News Hour: