Justin Bieber ended his performance at the benefit concert held in the wake of the Manchester attack by praising God.

The Christian pop star preached to 50,000 music-fans gathered at the "One Love Manchester" saying "God is good in the midst of the darkness". 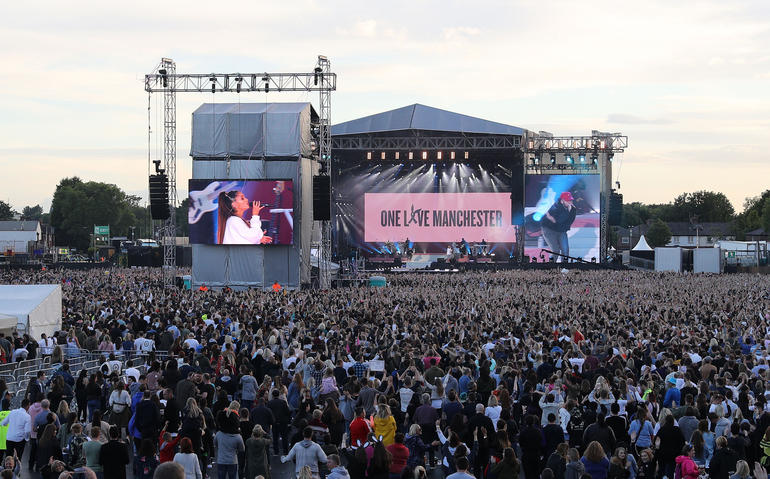 The all-star show was put together to remember victims of the suicide bombing at Ariana Grande's concert on 22nd May.

He also told the crowd while being visibly emotional: "God is good in the midst of the evil.

Other musicians joined him to encourage those mourning and help raise money for victims.

Grande - who returned to the city to perform - made appearances throughout the show. At one point, she wore a One Love Manchester sweatshirt and commended the audience saying: "I want to thank you for coming together and being so loving and strong and unified."

She added: "I love you guys so much, and I think that the kind of love and unity that you're displaying is the medicine that the world really needs right now."

Bieber also had a message for those directly affected by the suicide bomber: "I just want to take this moment to honour the people that were lost, that were taken. We love you so much. To the families, we love you so much," he said.

"Put both hands up to honour those people right now. Everybody say, 'We honour you. We love you'."

The international singer has been increasingly vocal about his religious beliefs in recent years, spending time with leaders at Hillsong and other young Christian leaders.

Organisers of the event have said the night raised £2m for victims and families through text and online donations, taking the We Love Manchester Emergency Fund's total to more than £10m. 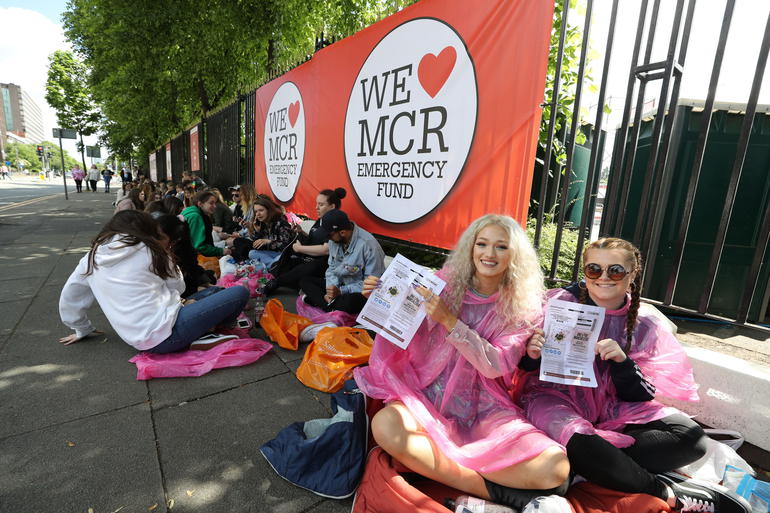