A video of a man directing anti-Semitic abuse towards Jewish children on the London Underground is being investigated by police.

The man was filmed reading anti-Jewish bible passages to two young boys in skullcaps while they were travelling with their family on the Northern Line.

Chris Atkins took the video after catching the Tube heading south on the Charing Cross branch of the line at midday on Friday.

"I've lived in London for 20 years and you're used to people ranting on the Tube - it was only after a minute I realised, 'hang on this is really, really antisemitic'," the 43-year-old journalist told the PA news agency.

"It was the children that really got me and everyone else, he was just screaming at these children. It was horrific in every sense.

"He seemed to be a very committed Christian and believed this was the word of God - that it said in the bible Jews killed Jesus and they are all slave masters.

"It's the kind of stuff you see on Twitter a lot... but to hear someone actually say it unashamedly was shocking." 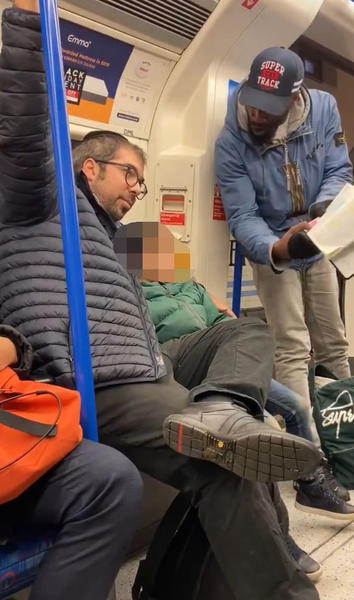 Wearing a cap and hoody, the man is seen in the video threatening a man off-camera after he tries to intervene and a woman in a hijab also confronts him.

"The Muslim woman didn't take any s*** from him and really, really took him to task, very firmly and persistently," Mr Atkins said.

"In this day and age we are told how intolerant everyone is and all religions hate each other and there you had a Muslim woman sticking up for some Jewish children." 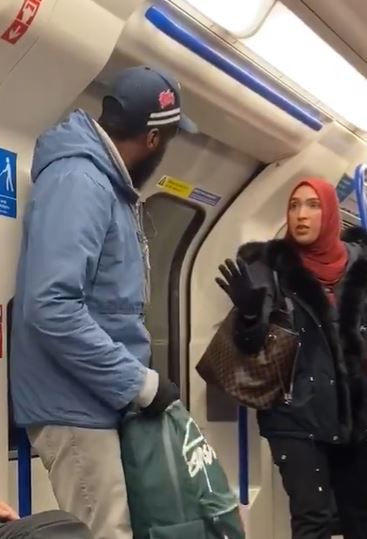 Filmmaker Mr Atkins filmed for around two minutes "on instinct" before moving to swap seats with the young boy next to the man.

"I was sat between the guy and the family to try and be a bit of a barrier," Mr Atkins said.

"Then another guy came up and started talking to him who was very good, who basically said 'what is it in the Bible?' and 'tell me where it shows that' just to divert attention away from the family.

"It was horrific but it was also quite heartening to see Londoners of all creeds and colours taking him to task."

Mr Atkins said the family got off the train a few stops later at Leicester Square and the father of the two boys gave him consent to share the video on Twitter.

Mr Atkins said he has spoken to the police and given them information, and said he is willing to give a witness statement if needed.

In a statement the British Transport Police said: "We are aware of a video circulating on Twitter which shows passengers being harassed and being targeted with anti-Semitic abuse on a Northern Line train.

"Enquiries are being made in relation to this footage.