Jesus, Mary and Joseph would have been granted asylum under Trump, US gov says

The US government has defended its track record on migrants by arguing Mary, Joseph and the baby Jesus would have been granted asylum under current rules.

The secretary of the Department for Homeland Security made the point as she refuted any suggestion the state has a blanket policy endorsing the separation of incoming migrant children from their parents.

Kirstjen Nielsen spoke after an angry speech by one Democrat congressman who claimed Christ would have been left to the mercy of King Herod, had the Trump administration existed during biblical times.

Luis Gutierrez, who is of Puerto Rican descent, said: "A Jesus Christ who had to flee for his life, with Mary and Joseph - thank God there wasn't a wall that stopped him from seeking refuge in Egypt.

"Thank God that wall wasn't there, and thank God there wasn't an administration like this or too would have perished... when Herod ordered the murder of every child under two years of age."

Starting now, @DHSgov is implementing Migrant Protection Protocols #MPP which may require aliens who enter from MX & claim asylum to remain in MX throughout immigration proceedings. 90% of asylum claims are NOT granted by a judge. We want to help those who truly need it.

After also being accused of dishonesty, Ms Nielsen responded: "Only to say that calling me a liar is fighting words. I'm not a liar. We've never had a policy for family separation."

Building a wall along the border between Mexico and the United States was an election promise of Mr Trump. 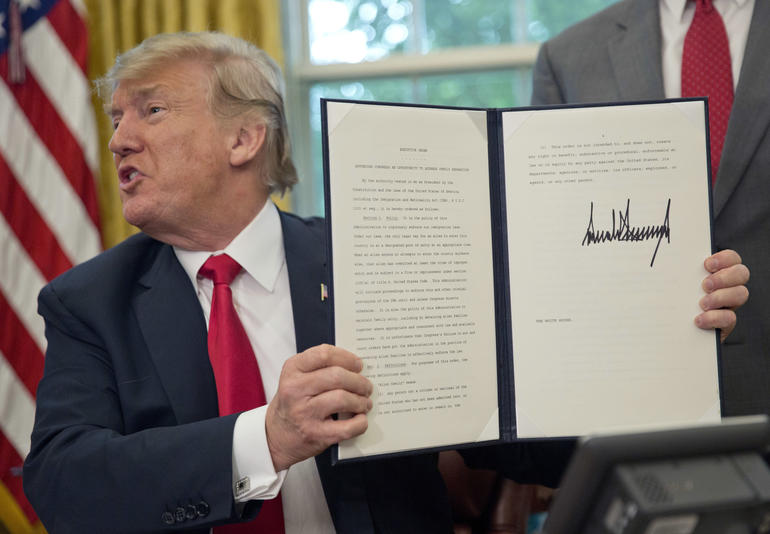 The second chapter of Matthew 2: 13-15 records how an angel appeared to Joseph in a dream, warning him to escape to Egypt as Kind Herod searched for Jesus in a bid to kill him.

Today in the Judiciary Committee I will be questioning Secretary Nielsen of DHS as part of a much-needed oversight hearing. So far, all we have heard is spin and softballs from the Chairman. #twill #chicago #heretostay pic.twitter.com/xHsFOeEsLh

It was reported thousands of children were separated from their parents at the crossing.