The doors of Jerusalem's most sacred church have been closed until further notice due to a row over a new land law and tax.

Church leaders at The Holy Sepulchre claimed the new rules are an attack on Christians in the Holy Land.

The site, which many Christians believe Jesus was crucified and buried, will remain closed until further notice, leaving disappointed pilgrims locked outside.

Dr Russell Rook, advisor to Theophilos III, the Patriarch of Jerusalem, told Premier why the proposed bill is so bad.

"It's a bill that is due to go before the Knesset - the Israeli parliament, that would make it possible for the government of Israel to essentially confiscate church properties and properties owned by different churches... in Jerusalem," he said during Premier's News Hour.

"So this has been the issue that has pushed the church leaders in Jerusalem over the edge to say 'this threatens our very existence as churches, as Christians in this holy city and enough is enough'."

A statement was issued on Sunday signed by the Greek Orthodox Patriarch Theophilos III of Jerusalem; the Catholic Custos of the Holy Land, Fr Francesco Patton; the Armenian Patriarch of Jerusalem, Patriarch Nourhan Manougian and others.

It said that the campaign was a "discriminatory and racist bill".

Announcing the closure of the 4th-century church, they condemned a "systematic and unprecedented attack against Christians in the Holy Land" that "severely violates the most basic... and sovereign rights, trampling on the delicate fabric of relations between the Christian community and the authorities for decades". 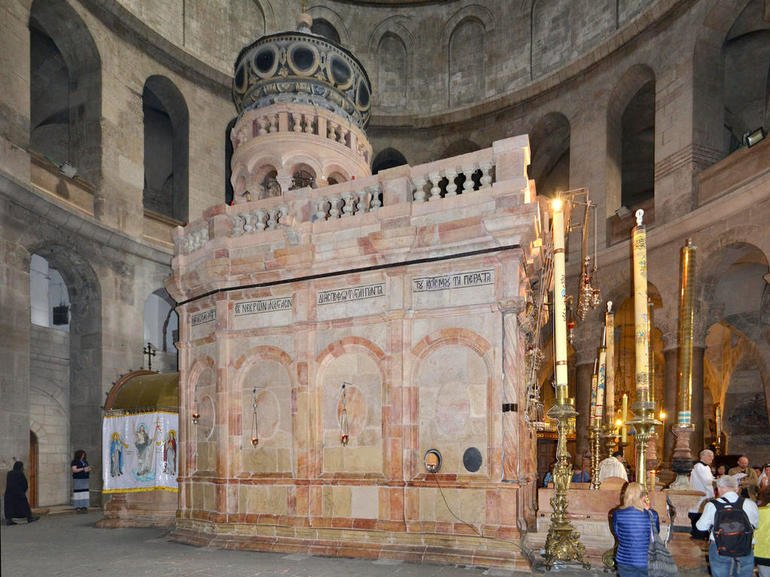 Dr Rook urged Christians to pray for the nation.

"Pray for a peaceful resolution. Scripture tells us we've got to pray for the peace of Jerusalem, so we're not trying to stir up a fight and certainly the Patriarch isn't wanting to fight - he's wanting peace.

"Pray that the discussions between the Christian leaders and the politicians in the municipality and the city of Jerusalem and in the Knesset - the Israeli government actually come to a peaceful conclusion and we get to a much better position.

"And if they want to act, they can write to their MP, or maybe even better - the Prime Minister... and say 'would the UK use its influence to bring about a peaceful reconciliation to this really difficult problem?'"