Major denominations, including the Roman Catholic and Greek Orthodox churches, said in a statement that the church would reopen early on Wednesday after being closed for three days to protest the Israeli tax plan.

The Israeli move had enraged religious leaders, who closed one of Christianity's most important holy sites ahead of the busy Easter season. The church is revered as the site where Jesus was crucified and resurrected.

Jerusalem's mayor had backed down on the tax plan earlier on Tuesday. Prime Minister Benjamin Netanyahu's office said a professional team was being established to negotiate with church officials to "formulate a solution".

"As a result, the Jerusalem Municipality is suspending the collection actions it has taken in recent weeks," it said.

The statement from major Christian denominations said "the churches look forward to engage" with the team to ensure Jerusalem "remains a place where the three monotheistic faiths may live and thrive together". 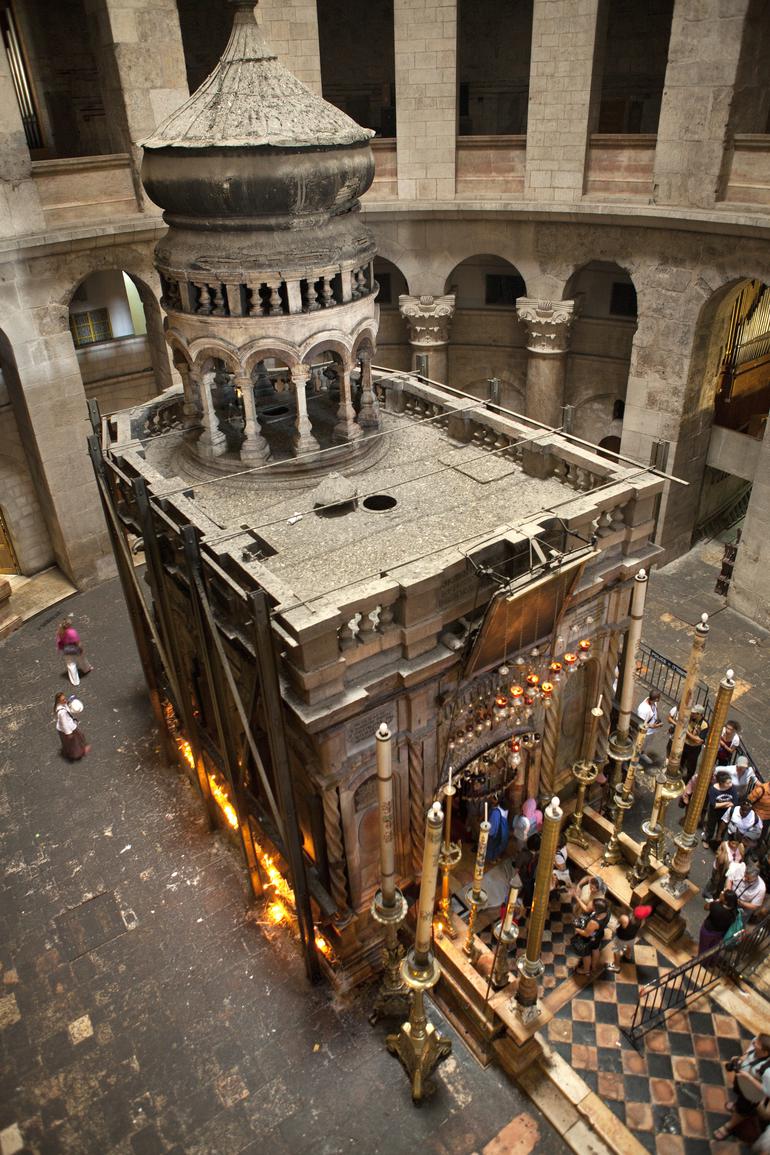 Christian leaders closed the famed church on Sunday to protest an order by Jerusalem mayor Nir Barkat to begin taxing their properties.

Mr Barkat stressed that his decision affected only commercial properties, such as hotels, restaurants and offices, and not houses of worship. He said other cities followed similar practices worldwide.

"As the mayor of the city of Jerusalem, my goal and role is to make sure people pay their taxes," he said in an interview earlier on Tuesday. "We have no negative or bad intentions here." The churches accused Mr Barkat of acting in bad faith and undermining a long-standing status quo. They say their non-church properties still serve religious purposes by providing services to pilgrims and local flocks.

In Tuesday's announcement, Mr Netanyahu said cabinet minister Tzachi Hanegbi would head the new negotiating committee, which will include representatives from the city as well as the finance, foreign and interior ministries.

"The team will negotiate with the representatives of the churches to resolve the issue," it said.

In addition to suspending tax collection, Mr Netanyahu's office said that proposed legislation governing the sale of church lands in Jerusalem was also being suspended.