Governor 'Ahok' Purnama was charged with blasphemy last year after footage emerged of him at a political rally claiming that some Muslims have misinterpreted a verse in the Quran which suggests Muslims should not be ruled over by people from other religions.

The five-judge panel said he was "convincingly proven guilty of blasphemy" and ordered his arrest.

The lead judge, Dwiarso Budi Santiarto, said the Governor's comment during an election campaign had degraded and insulted Islam. 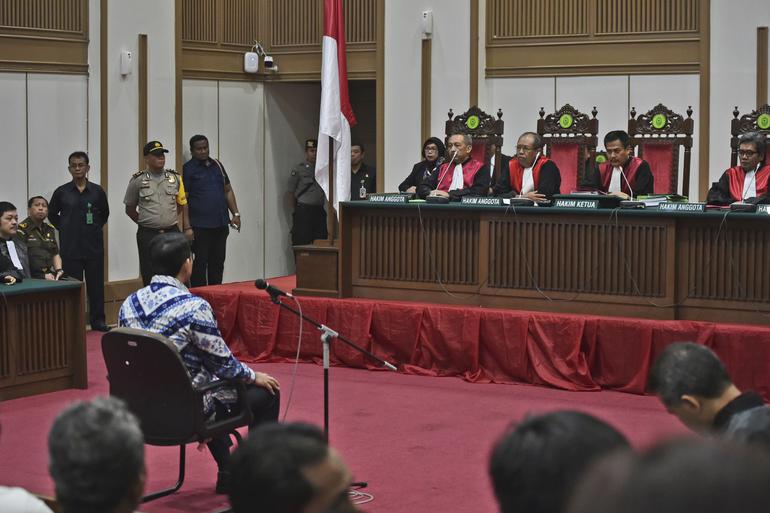 Judge Santiarto said: "As part of a religious society, the defendant should be careful to not use words with negative connotations regarding the symbols of religions including the religion of the defendant himself."

Ahok said he would appeal against the guilty verdict and sentence.

He has denied wrongdoing and insists he was criticising people trying to use the Quran to discredit his right to stand, rather than the text itself. He has however apologised for any upset caused by his remarks.

Judge Santiarto said the trial had been a purely criminal one as the court disagreed that there were political aspects to the case.

Ahok lost his bid for re-election in an April run-off to a Muslim rival, Anies Baswedan. He will officially hand over power to Baswedan in October.

The two-year prison sentence came as somewhat of a surprise as prosecutors had recommended a two-year suspended sentence.

Under Indonesia's 1965 blasphemy law, the maximum sentence for this type of offense in the capital of the world's largest Muslim-majority nation is five years in prison.

Kiri Kankhwende, Senior Press Officer at Christian Solidarity Worldwide, told Premier during news hour that she was disappointed by the verdict.

Kankhwende said: "He was exercising his right to free speech. He wasn't criticising the Quran itself but tackling this verse that many of the hard-liners had actually preached against him using this verse and he was trying to talk about it.

"It's actually a failure for Indonesia's democracy. It's meant to be a secular democracy."