Islamic militants in Egypt's Sinai region attacked a church on Monday, killing seven people, including a child, before storming a nearby bank and emptying its s

The terrorists drove into the city centre of el-Arish in the morning and split into two groups, throwing grenades and exchanging gunfire with guards at an unused Coptic church, to distract officials from their fellow members robbing a bank across the street.

Services at the Church of Saint George, had been suspended months ago, following recent deadly assaults on Christians in Sinai, security and military officials said.

Officials have reported that about $1 million was stolen.

The assault follows a wave of attacks in recent months on Egypt's Christian minority - which account for ten per cent of the country's population.

The Islamic State group attacked military checkpoints in a nearby town, killing nine soldiers on Sunday and Fr Samaan Shehata died in hospital on Friday after being attacked with a cleaver in a poor district of Cairo. 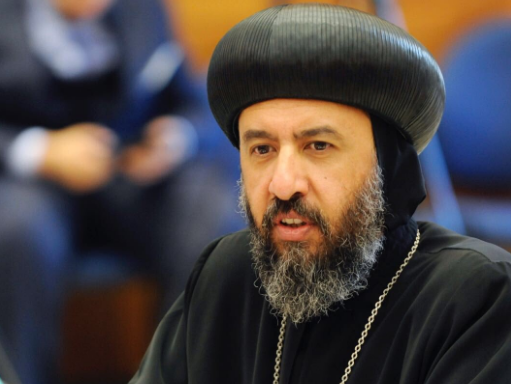 Speaking at the time, General Bishop of the Coptic Orthodox Church in the UK Bishop Angaelos, told Premier that life has become so dangerous for priests in the country that some have told their family not to walk with them as they don't want them to become targets as well.

He also expressed concern about how the attacks on Christians are being treated by officials and said: "As we've seen in Europe and around the world, there are initial attacks and then there are lots of copy-cats. When crimes go unchallenged, unprosecuted, people feel they can replicate them.

"My concern is that if this isn't taken seriously- and the track-record regrettably is not very good of taking these attacks seriously in terms of investigations, prosecutions and convictions. If it's not taken seriously, I'm concerned it will almost be a greenlight and a template to be now followed.

"We have thousands of priests in Egypt and they go about their business, they walk about in the street, they're very imbedded in the community. They are very visible and this just means they are infinitely more vulnerable and easily targeted." 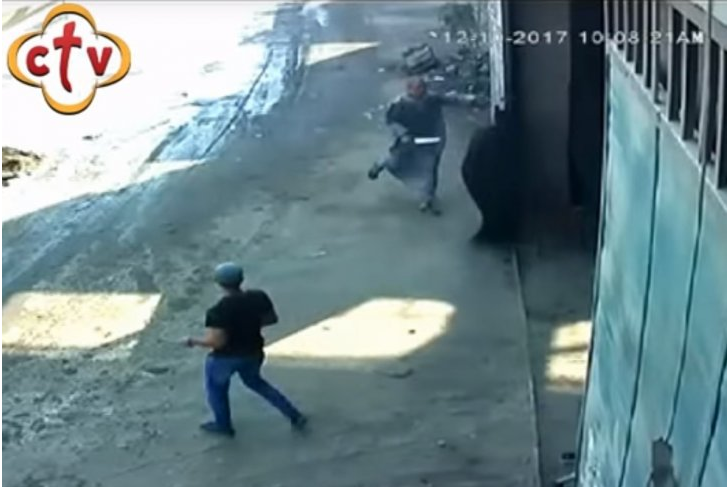 CCTV footage has since emerged that appears to capture the moment Fr Shehata was stabbed in the back several times.

He had been collecting humanitarian aid for his parish in Beni Suef on 12th October when a man started chasing him with a large knife.

His attacker, who fled the scene before being arrested later, was known to police as an "extremist" with a previous criminal record, according to the International Business Times.

The latest church attack left three civilians, three guards and one soldier dead and wounded another 15 people, including women and children, officials have said.

The two groups of attackers were caught on camera fleeing the site of the clashes in a stolen pickup and three motorcycles, AP reports.

A spate of suicide bombings claimed by the extremist Islamic State group has killed more than 100 people since December last year.