Iraqi Christians who fled IS return to find properties seized

At least 350 Christian-owned properties were occupied by Iraqi officials according to an investigation by Iraq television network al-Sumaria.

The TV investigation also found Iraq's government only prevented 50 properties being sold in the Niniveh plains.

Shlemon Audish Warduni, auxiliary Bishop of Baghdad, told the network: "The numbers are unclear but this is real and serious.

"For some time, Christian houses and properties have been the object of seizures or illegal occupations and this is unfair."

Tens of thousands of Christians remain displaced following the ISIS insurgency in 2014. 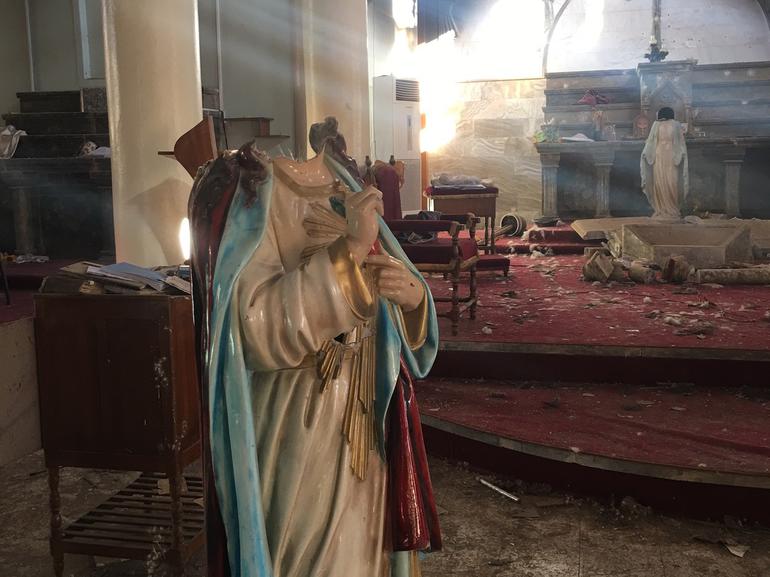 The UK's Prime Minister has pledged her support of Christians who are persecuted in Iraq and other countries around the world.

Earlier in the year, she told MPs: "We stand with those persecuted Christians. We will be looking to see what more the Government can do to support them."

Despite ISIS' hold on the Nineveh Plains ending in November 2017, after nearly three years occupation, there are reports of extremist violence elsewhere in the country.

Archbishop Al-Shamani told Catholic charity Aid to the Church in Need: "An international peace-keeping force should be stationed on the Nineveh Plains.

"We want a guarantee that our freedom and our security will be upheld."