Christians in Indonesia are hoping president Joko Widodo's re-election will lead to better treatment of people in the country, regardless of the faith of the lo

The Election Commission said Mr Widodo, the first Indonesian president from outside the Jakarta elite, had won 55.5 per cent of the vote, securing him, a second term.

He was able to garner the support of Christians in areas like Papua, North Sulawesi and Nusa Tenggara Timur, while his opponent, Prabowo Subianto, found support in conservative Muslim areas such as Aceh and West Sumatra.

A local Christian explained to anti-persecution charity Open Doors why Mr Widodo got support from Indonesian Christians: "He has been developing the infrastructure in Eastern Indonesia, where most Christian-majority regions are located.

"Many of these places were ignored and under-developed during previous regimes."

However, Mr Widodo has been criticised for not protecting the rights of the minorities, for keeping silent about church closures and the criminalisation of religious cases.

Basuki Tjahaja Purnama, know as Ahok (below), the former Christian governor of Jakarta, was accused of blasphemy and sentenced to two years in jail in May 2017. 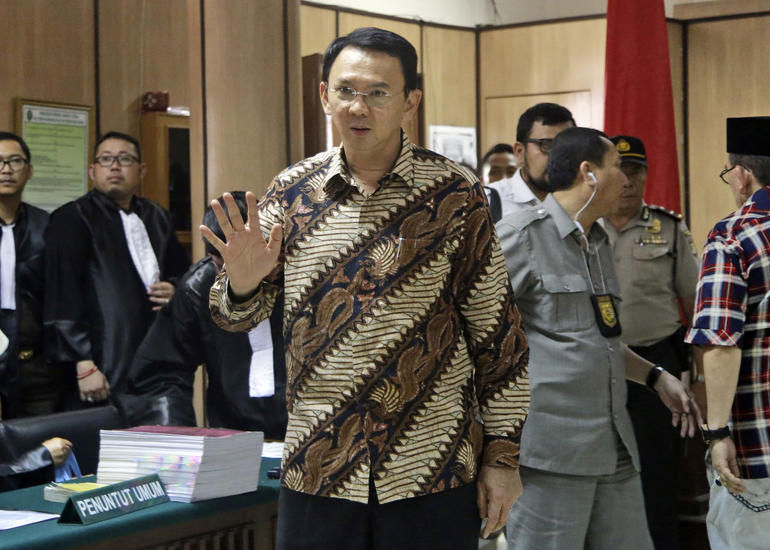 The majority of the 266 million people who live in Indonesia are Muslims. Just 32.4 million are Christians.

Indonesia is number 30 on the World Watch List, which is Open Doors' ranking of the 50 countries where Christians experience the most extreme persecution. 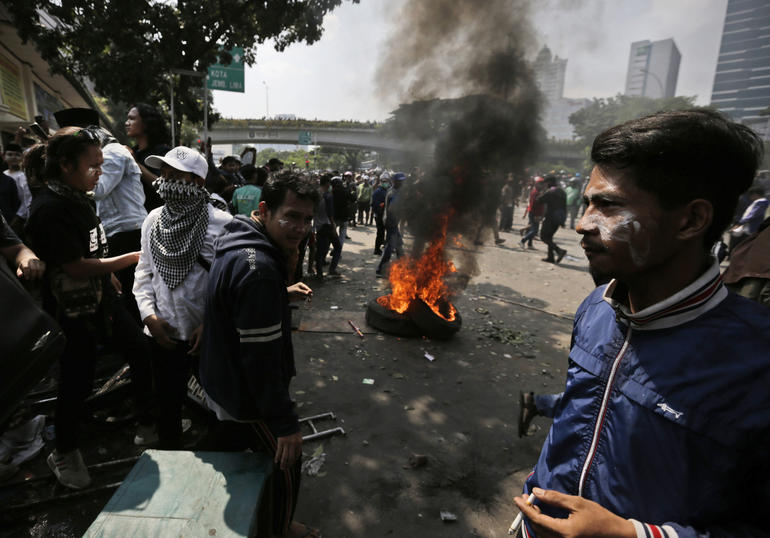 Meanwhile, Indonesia's President Joko Widodo has said authorities have the situation in Jakarta under control after six people died in riots by supporters of his rival in last month's presidential election.

The clashes began on Tuesday night when supporters of former general Prabowo Subianto tried to force their way into the offices of the election supervisory agency and have continued since then.

More than two dozen vehicles were burned as rioters took over neighbourhoods in central Jakarta, throwing rocks and Molotov cocktails at police who responded with tear gas, water cannon and rubber bullets.