Hillsborough campaign bishop to get freedom of Liverpool

A bishop's among key figures from the Hillsborough campaign for justice, and the 96 victims of the disaster, to be awarded the Freedom of Liverpool.

Retired bishop of Liverpool the Rt Revd James Jones led the panel whose report led to the quashing of the original inquest verdicts and the launch of criminal investigations.

The 96 football fans who died at Hillsborough are to be posthumously awarded. 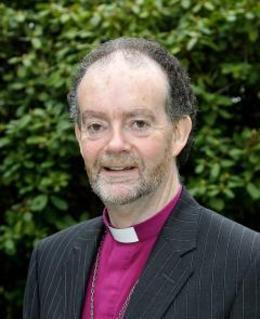 Other key figures in the 27-year campaign are also to receive the city's highest honour, including former Liverpool manager Kenny Dalglish, his wife Marina, and long-standing campaigner Professor Phil Scraton.

Inquests concluded in April that the Liverpool fans who died at the FA Cup semi-final in 1989 were unlawfully killed.

Liverpool Council said it was awarding posthumous honours for the first time to the "96 innocent people who paid the ultimate price for the failings and actions of others."

Those who receive the Freedom of the City later this year will also be awarded a specially commissioned medal and a brass Freedom of Liverpool plaque is to be placed in the city's Town Hall honouring those who died.

Margaret Aspinall, chairwoman of the Hillsborough Family Support Group, said: "I am absolutely delighted that the city has chosen to honour the 96 in this way as it is a wonderful tribute to their memory.

"I couldn't be any more thrilled that Bishop James, Phil Scraton and Kenny and Marina are also being recognised as they have all given fantastic support to the families in their own special way over the years."

The council will also present the Citizen of Honour award to people who played an important role in the Hillsborough campaign.

The Lord Mayor of Liverpool, Tony Concepcion, said: "The campaign for truth has been a long and difficult struggle and has succeeded, in part, thanks to the determination and support of the people we are honouring.

"It is right and proper that, on behalf of the city, we convey and formally record our thanks for doing an incredible job in uncovering the evidence necessary to get to the truth and clearing Liverpool fans of any wrongdoing."