It was the will of God for Donald Trump to become US President, his press secretary at the White House has claimed.

Sarah Sanders also told Virginia-based Christian Broadcasting Network that he had done a "tremendous job" in advocating for American believers.

The 36-year-old said: "I think God calls all of us to fill different roles at different times and I think that He wanted Donald Trump to become president.

"That's why he's there and I think he has done a tremendous job in supporting a lot of the things that people of faith really care about."

Her comments echo similar remarks made by the evangelist Franklin Graham, that Trump's appointment was ordained by God.

Sanders also said evangelical believers were "sticking" with Mr Trump because "he's delivered on all the things he said he would do". 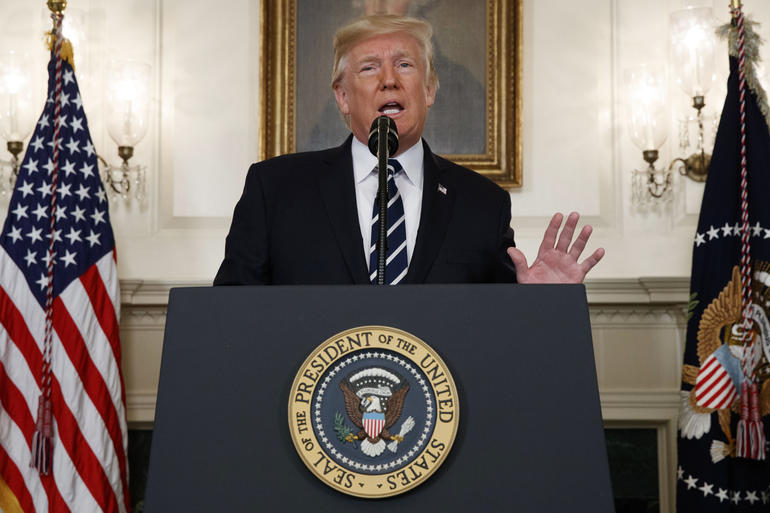 She went on to say: "I would argue he's the most conservative president that we've ever had.

"You look at the judicial nominations alone I think that will be one of the greatest legacies that the president has after his eight years in office is how he has completely remade the judiciary and started to stop this activist court that we've started to see over the last eight years."

The wide-ranging interview also touched up Mr Trump's controversial plans for a border wall with Mexico, immigration and foreign policy.

Sanders was also asked about concerns that an eventual pull-out of US troops from Syria will put Christians and other minority groups at risk. "We've supported the safe zones that are going to be very important, and the idea that the President is just stepping away and ignoring any potential problem doesn't understand the fundamental decision that he's made."