It is being reported that dozens of Palestinians have thrown fire bombs at a West Bank site revered by some Jews as the tomb of Biblical patriarch Joseph.

Palestinian security forces put out the blaze, but the arson reflects the current heightened tensions between Israel and the Palestinians.

Israeli Prime Minister Benjamin Netanyahu has said he would be "perfectly open" to meeting with Palestinian President Mahmoud Abbas in order to end weeks of Israeli-Palestinian unrest in the region.

Commenting on the mood there, a Christian aid worker in Hebron, in the south of the West Bank, has told Premier that the situation is gradually improving.

Hannah Griffiths, from the Ecumenical Accompaniment Programme in Palestine and Israel says where she is things are becoming calmer: "There have been fewer clashes here on the ground in Hebron itself, the attendance to school has increased again. 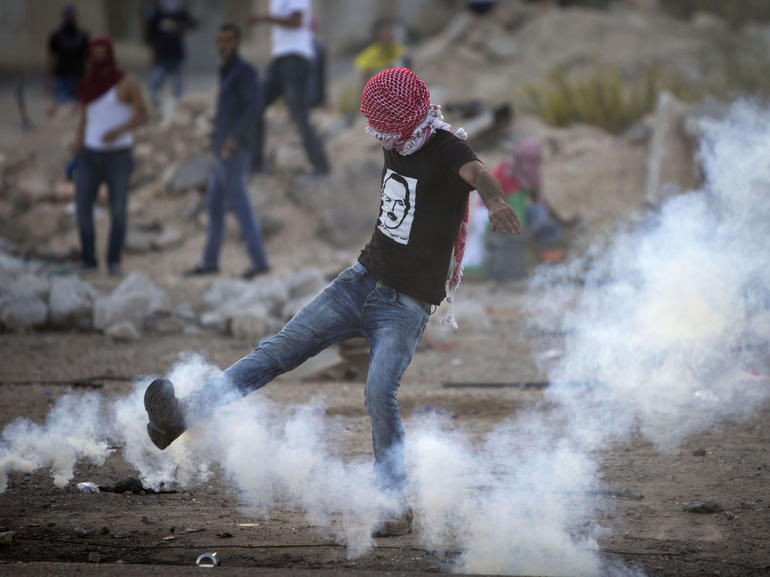 "We have been told by a local headmistress at the school where we accompany children going to and from school, because they are at risk from attacks by soldiers and Israeli settlers, that during the clashes a couple of weeks ago school attendance at this primary school went downhill significantly, but now it's gone back to normal."

It has also been reported that a Palestinian man wearing a yellow vest with the word "press" written on it stabbed and wounded an Israeli soldier.

The attack took place close to a Palestinian protest after Muslim noon prayers in Hebron. The army said the attacker was shot and killed by other soldiers.