'Even if they wish us death, we wish them life': Christians mark one year since Egypt's twin suicide bombings

One year on from the Palm Sunday church bombings, Egyptian Christians have told Premier they still feel targeted.

Rev Dr Andrea Zaki Stephanous, president of the Protestant Community of Egypt, told Premier despite extra security in the country another attack could reoccur.

"When security knows I'm going to a certain church there will be double security, but you never know. You can expect at any moment that someone will come with a bomb and create a massacre. So every day we trust God and we go. 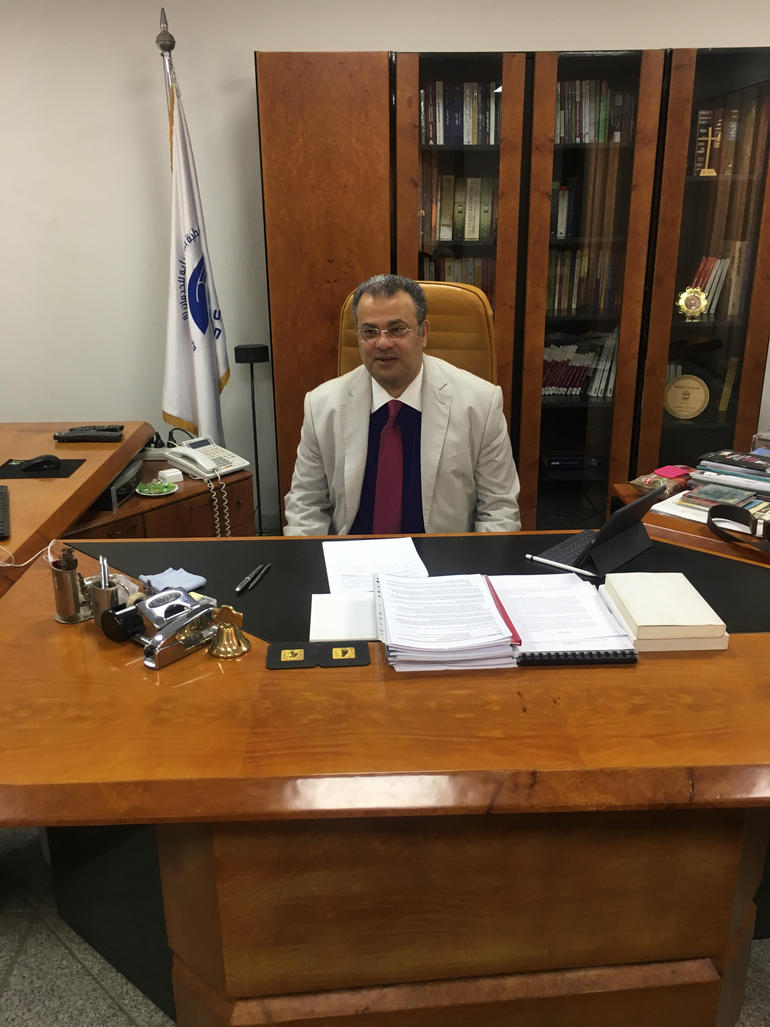 "The good news is we never fear bombs or death. As long as we're committed to Jesus, every time they bomb the church we have double the number of people in church."

The Islamic State group claimed responsibility for both attacks - just as it had for the 2011 church attack in Egypt's capital, when a bomb was left under a pew and killed 29 people as they worshiped God. 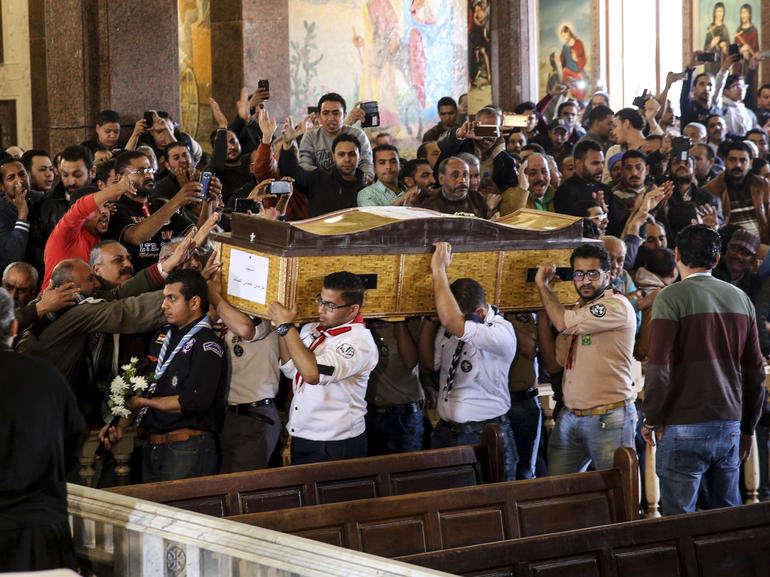 While all attacks have targeted Egypt's Coptic Orthodox minority, Christians from other denominations acknowledge that might not always be the case.

"The mood is very, very good amongst Christians who are living in Egypt. Not because the situation is good or bad - that is not the reason. We have two kinds of news - earthly news, which is very ugly, very discouraging and I think in the West, you get only the earthly news - a bombing here or there.

"But there is heavenly news. We know what is going on spiritually. We see things that not everybody is seeing. We see things you are not hearing. We see the multitude coming to the knowledge of Christ from every background so this brings joy to us."

Many churches reported of seeing an influx of people following the church attacks. Fr Kyrillos Fathy from St Mark's Coptic Church narrowly escaped crossing paths with the suicide bomber who detonated his bomb after being stopped by security outside of the church when he tried to avoid walking through metal detectors.

He told Premier: "Even though the incident was very terrible and it left us emotionally vulnerable, we believe in the Bible and in the verse in the Bible that says everything works out for the good."

Fr Kyrillos said that the church was full in the service held after the attack.

Mary Edwar, 33, had been married to Kareem Ghattas, 43, for just 1 year and 8 months when she lost him and suffered a miscarriage as a result of the blast but has decided to dedicate the rest of her life to serving God and the church.

Speaking about her husband being the reason for her decision, she told Premier: "Before he died he used to say to me, 'if I die, if anything happens to me, I want you to go to the church and serve'." 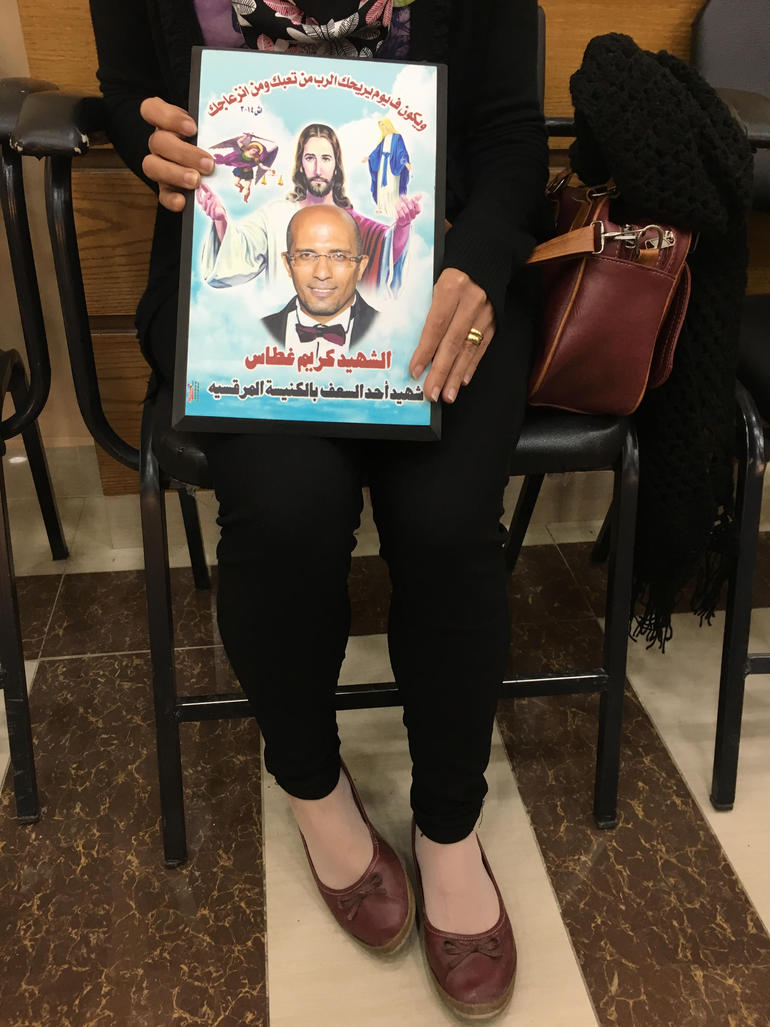 She added that God sends her "a lot of consolation" - especially during fasts - so much so, that she doesn't want to stop at times.

Premier traveled to Egypt with broadcaster SAT 7 to find out how Christians in Egypt were coping in the aftermath of the attacks.

Based in the Middle East, SAT 7 broadcasts in Arabic, Turkish and Farsi so that people can hear about the love of Christ and the Christian vision for life and society.

With 21.5 million viewers, its audience has increased by 76 per cent in the past five years.

Albert Falzi, SAT 7's Egypt director told Premier they want to share the message of Christ with everyone.

"Many times we receive comments from people who are not Christian and we welcome them. Even when people send hostile messages, we just react in the Christian way," he said.

His words were echoed by Ramzy Bishara, producer of The Accuser.

The SAT 7 programme challenges common misconceptions about Christianity in the Middle East and North Africa with the aim of helping to halt the spread of extremism and anti-Christian attacks. 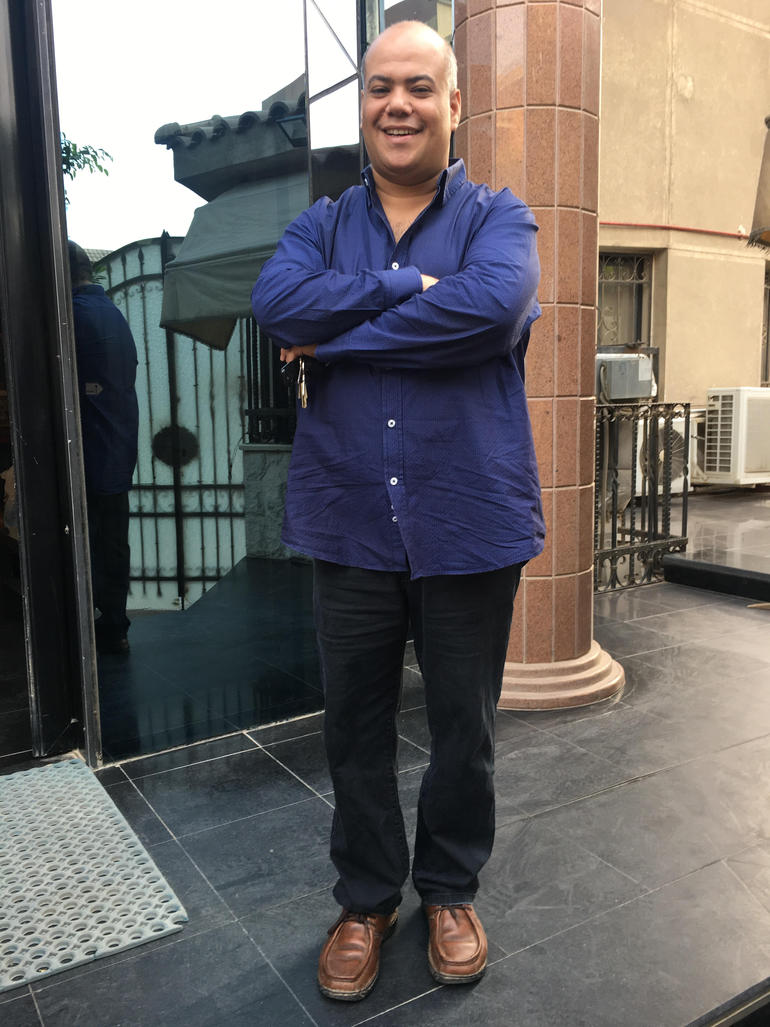 Speaking of the importance of the programme despite the criticism it receives, Bishara said: "Even if they wish us death, we wish them life."

You can hear Premier's Eno Adeogun's documentary on the anniversary of the Palm Sunday bombings in Egypt here: