Concerns rise for Christians in India after BJP victory

Threats of violence towards religious minorities has been on the rise in India since the Bharatiya Janata Party (BJP) came to power five years ago.

More than 800 million people voted in the marathon six-week contest.

Religious freedom charity Open Doors, who recorded over 700 attacks in 2017, fears the marginalisation of the country's Christian minority could intensify following the election results.

They have accused authorities of failing to intervene against these crimes, contributing to the strengthening of Hindu radicals. 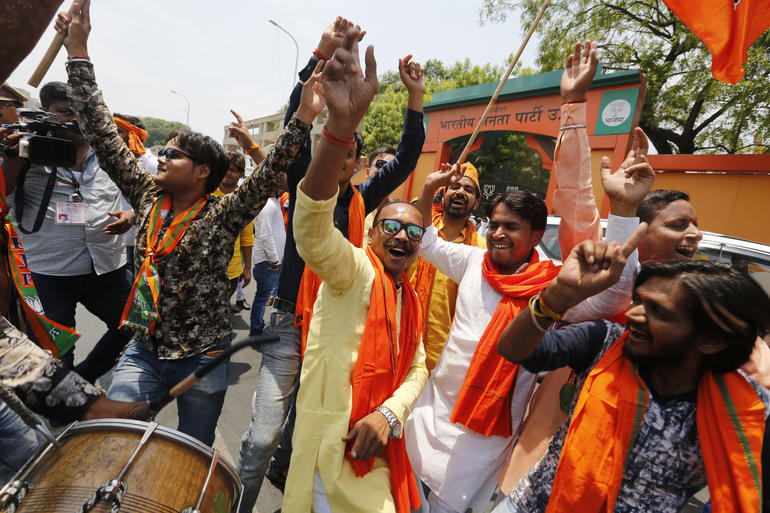 "The BJP believes that to be Indian is to be Hindu and they've been making life really difficult for minorities.

"The BJP have been polarizing the minds of Indians on the grounds of religion and it's rousing religious intolerance and promoting Hinduism as the only religion in India and belittling Christians and Muslims as intruders."

India is number ten on the 2019 World Watch List - Open Doors' annual ranking of the 50 countries where Christians face the most extreme persecution.