Rev Jon Swales, Mission Priest at Lighthouse Church in Leeds used a paddling pool filled with water to baptise around a dozen people, marking them with the sign of the cross beneath Nelson's Column.

"Before we reaffirm our baptism we are going to be signed with a cross," Rev Swales said. "That symbol that was there to say 'that's how rebels die', but instead it becomes the focus of our hope".

Christian Climate Action member Holly-Anna Petersen was among those being baptised. She explained that she wanted to reaffirm her vows at the protest as a public "outworking of her faith".

She said: "Being here, making a stand for God's creation, is part of my worship. Jesus was the ultimate rebel, whose bravery in speaking out against injustice led not only to his arrest but his death. Being here on the streets, sharing community and standing up to oppressive powers, feels very much like the early church."

XR organisers have shut down a number of key sites in central London, including Lambeth Bridge, Westminster Bridge, and the roads outside Downing Street with some gluing and chaining themselves to roads and vehicles.

To date more than 500 people have been arrested as a result of the climate protests, including a number of Christians and clergymen. 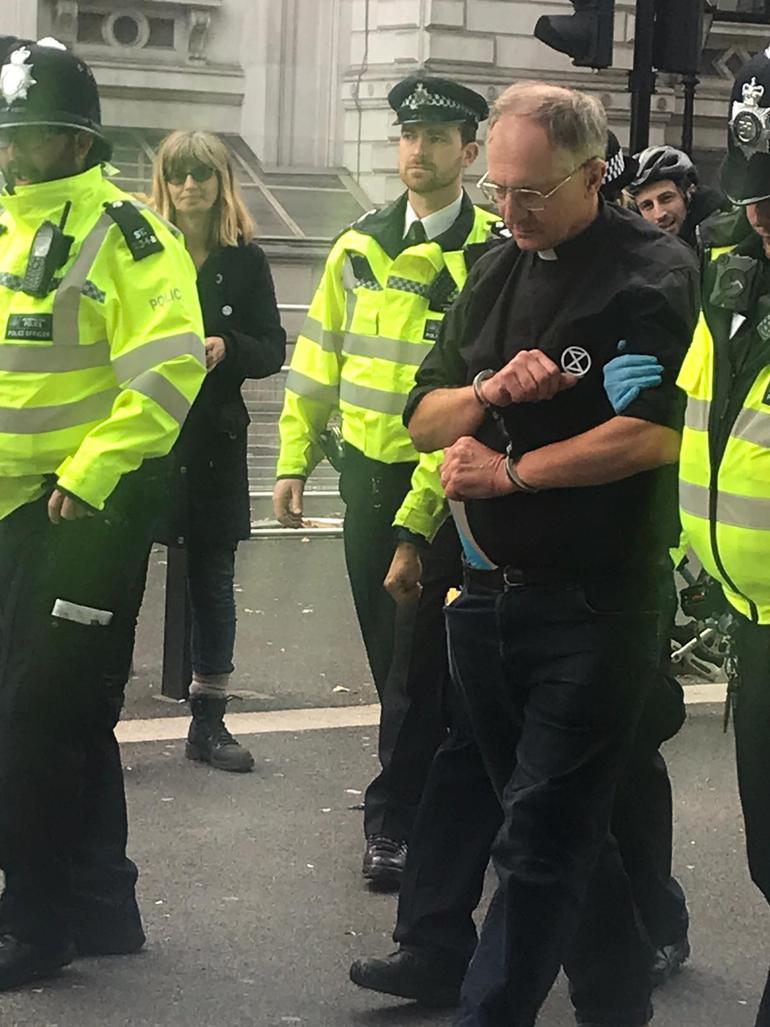 Among them was Rev Helen Burnett. Before her arrest she said: "We are standing here today to span the gap between the truth we know about the climate emergency and the action that our government must take to avert the sixth mass extinction.

"We will do that by standing together as people of all faiths and none holding our love for the earth in our courageous hearts, singing our songs, praying our prayers and dancing our way towards change."