Church vigil for MP killed in the street

41-year-old Jo Cox was shot and stabbed outside the library in Birstall on Thursday afternoon.

Jo Cox was the representative for Batley and Spen and had two young children.

A 52-year-old man was arrested by police in connection with the incident. 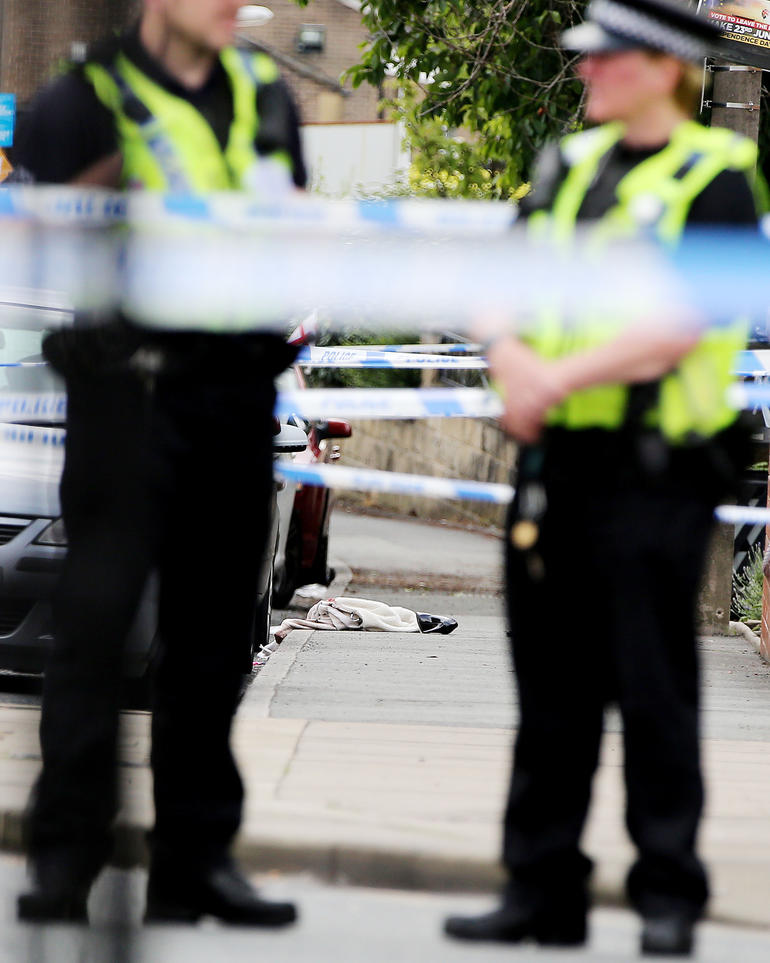 Revd Paul J Knight, from St Peter's Church in Birstall where the vigil (below) was held, told Premier he was "so saddened" by the death of Jo Cox who he described as "a lovely lady" and whose death was "a great loss" to the community.

He added: "Our prayers are still with her husband, her family and her friends. We will be praying for them as we remember Jo and all that she has given to this community." 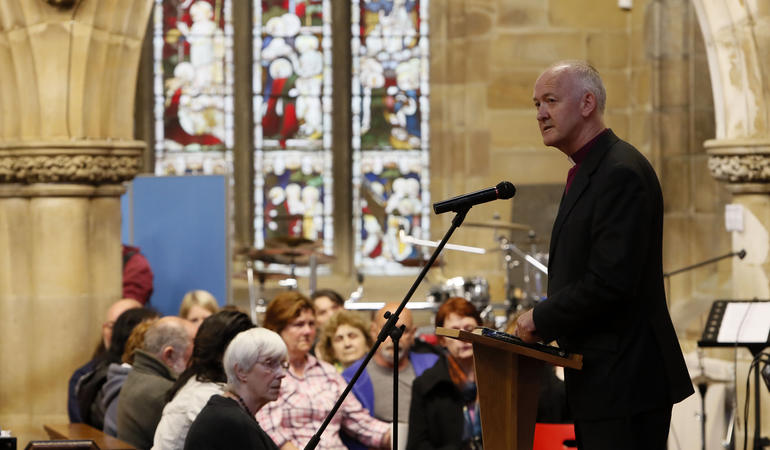 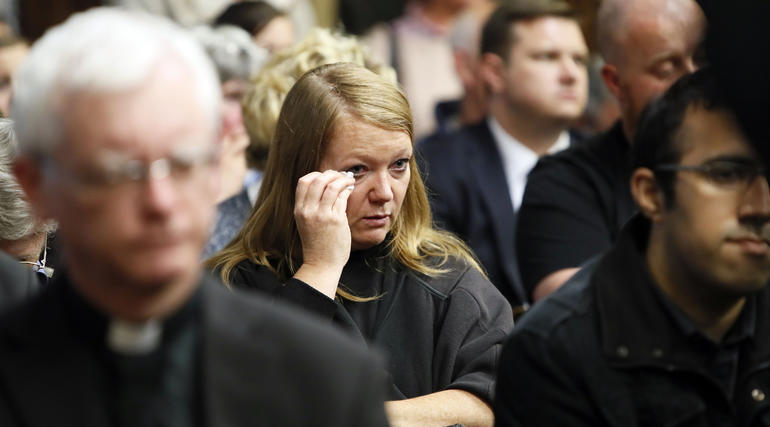 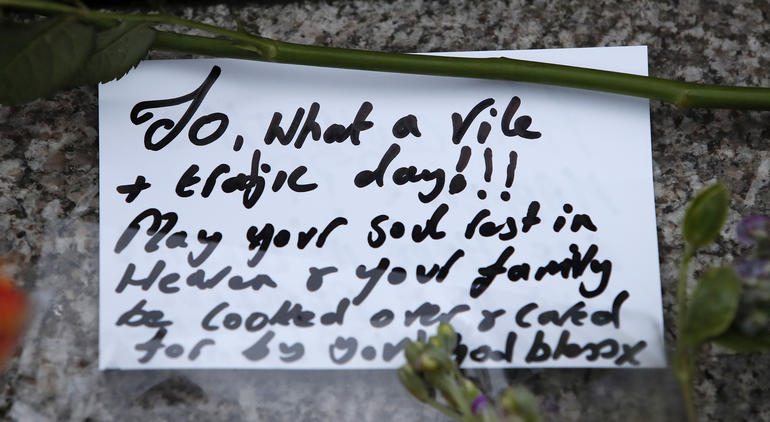 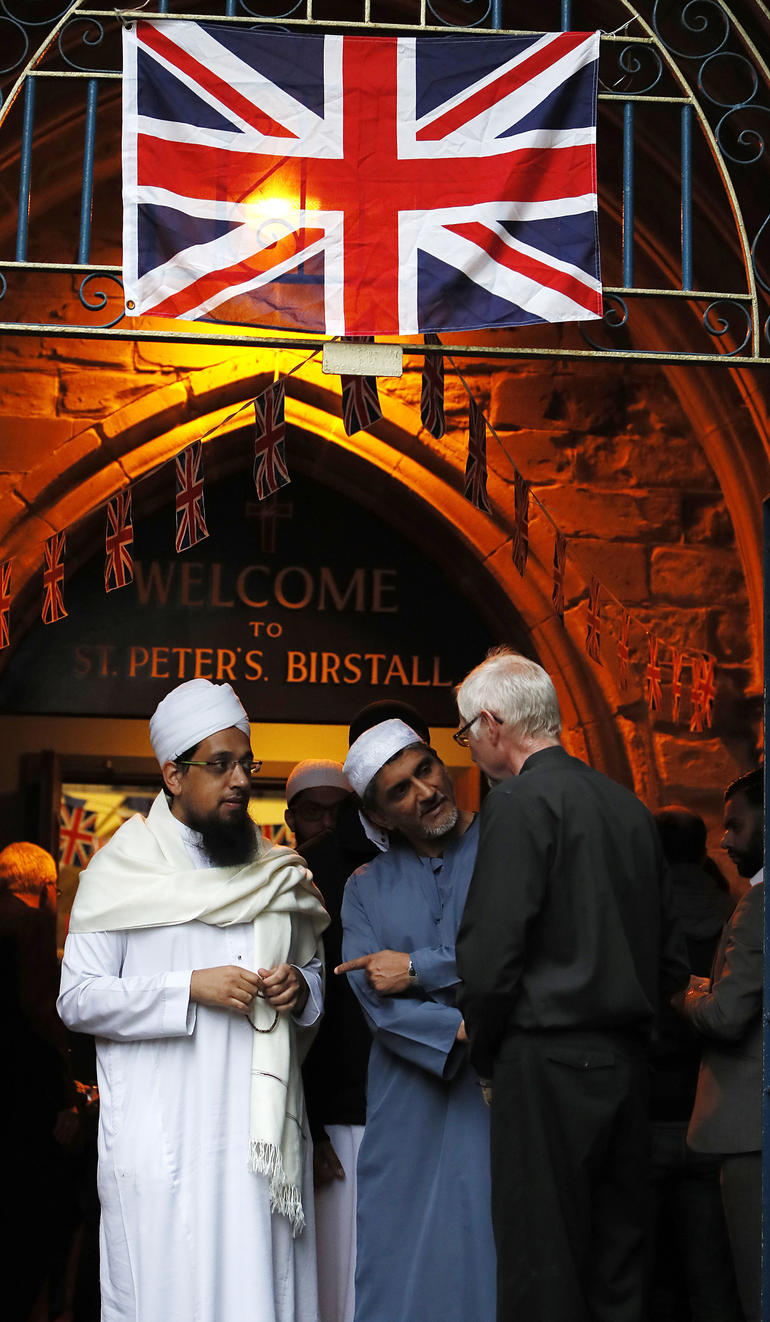 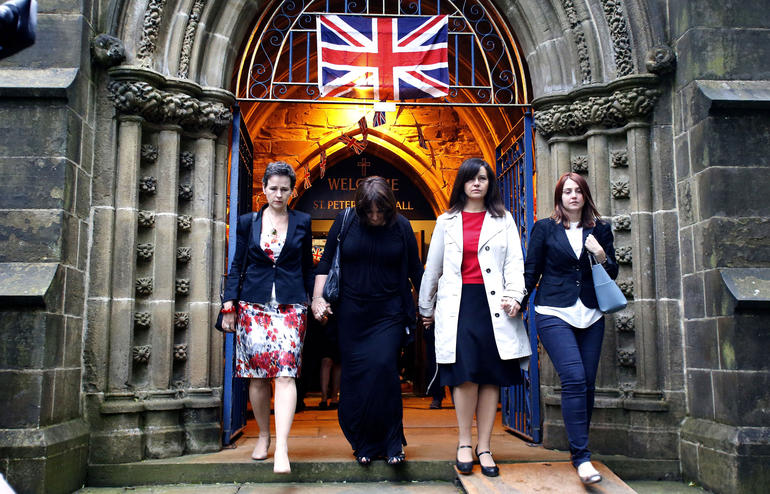 Temporary chief constable for West Yorkshire Dee Collins expressed her deepest condolences to the family and friends of Ms Cox, and said an investigation is underway to established the motive behind the attack.

She added: "At 1.48pm, Jo Cox was pronounced deceased by a doctor who was working with a paramedic crew that were attending to her serious injuries. 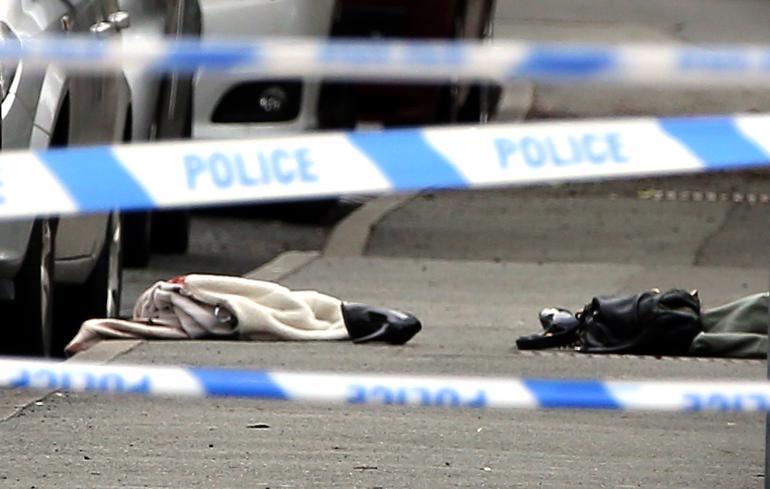 Labour leader Jeremy Corbyn said the country would be "in shock at the horrific murder" of the MP, who was a "much loved colleague".

Prime Minister David Cameron said: "The death of Jo Cox is a tragedy. She was a committed and caring MP. My thoughts are with her husband Brendan and her two young children."

Home Secretary Theresa May said it was a "dreadful event", adding that Westminster had lost one of its "brightest and most popular" MPs.

Britain First is a far-Right organisation which said it was "not involved and would never encourage behaviour of this sort".

You can listen to Revd Paul J Knight for St Peter's Church in Birstall speaking with Premier's Alex Williams by clicking here.