A church-going student from the United States has died days after being released from North Korea, where he had spent 17 months in prison.

Otto Warmbier from Ohio left the secretive state in a coma, with doctors describing his state as "unresponsive wakefulness" and reporting he had suffered an "severe neurological injury" of an unknown cause.

The University of Virginia student's parents said the 22 year old "has completed his journey home".

They added: "Unfortunately, the awful, torturous mistreatment our son received at the hands of the North Koreans ensured that no other outcome was possible beyond the sad one we experienced today."

Warmbier was accused of trying to steal a propaganda banner to take back to his church, during a visit to North Korea with a Chinese-based tour group. 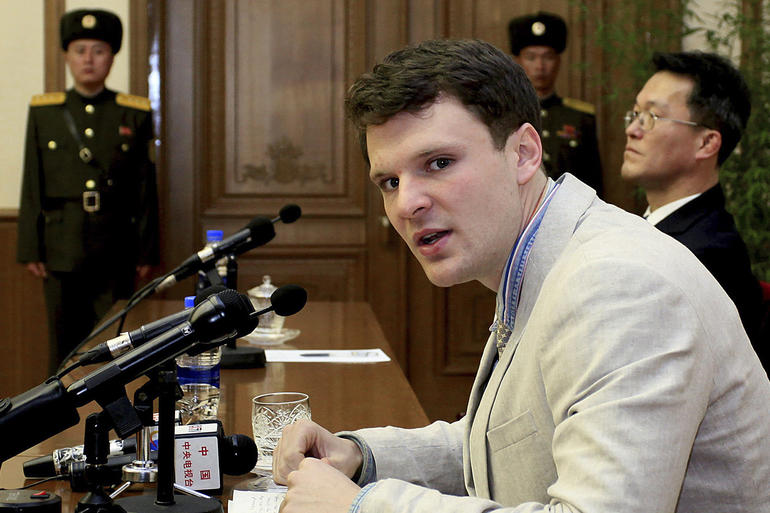 The University of Virginia student was sentenced in March 2016 to 15 years in prison with hard labour after he was convicted of subversion. He previously made a televised confession but there was speculation it was coerced.

Describing North Korea as a "brutal regime", President Donald Trump said: "A lot of bad things happened, but at least we got him home to be with his parents."

Mr Warmbier's relatives say they were told he had been in a coma since soon after his sentencing. North Korea said it happened after Mr Warmbier contracted botulism and took a sleeping pill.

Doctors in the US say Mr Warmbier suffered an extensive loss of brain tissue; while his eyes opened and blinked, there was no sign he understood verbal commands or his surroundings.

They found no evidence of botulism or that Mr Warmbier had been physically assaulted.