Rachel Colvin, who previously worked as a missionary, claims the college she worked in forced her to quit because of her views on marriage.

Colvin worked at Ballarat Christian College, a non-denominational school in Australia, part time from 2016 to February 2019, having worked there full-time as an English teacher between 2008-11.

The teacher, who sings and plays guitar at her church, Bayside Church Cheltenham in Melbourne, is being supported by LGBT group Equality Australia to launch a case of discrimination against the school on the grounds of political or religious discrimination.

Mrs Colvin alleges that from around August 2018 and in the shadow of the national marriage postal survey, the College informed her that she would no longer be offered certain teaching and professional development opportunities at the school, despite Mrs Colvin offering to remain silent about her beliefs with her students.

She says that she was talked to by the chaplain and effectively forced to resign after she refused to sign the school's statement of faith that said marriage is between a man and a woman.

The college, which says it's purpose is "to provide each student Christian education that gives opportunities to develop gifts and talents to fulfil the will of God in his or her life," has a statement which outlines that there is male and female, that a marriage is the only place for procreation and that marriage can only be between a man and a woman.

She said: "I am devastated by what happened to me. I loved my job. I am an extremely hard-worker and loyal to a fault, and to have it end the way it did was, at first, professionally humiliating."

Colvin, who is also the daughter of a pastor, said of her resignation: "Now, I see it slightly differently. I see it as a God-given opportunity to stand up for what is right, to represent what God is really about: loving others.

"As hard as it's been, I'm thankful; because God is using me to be a voice for the voiceless, to represent the underrepresented.

"I am bringing the case to let my LGBTQI students know that they aren't deformed or disordered. They were created as they are, in the image of God, and that they are fully loved by God and share equal dignity with all human beings.

"I am hoping to achieve policy change, so that LGBTQI students and staff don't have to worry about being expelled or fired due to their gender identity."

She travelled and met her husband, Mark, in England and they have three children. 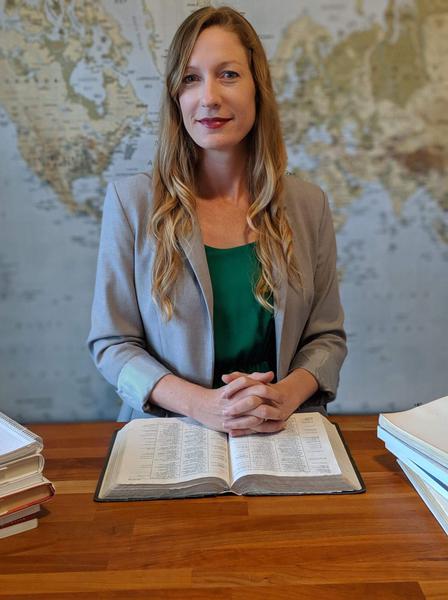 A spokesperson for Christian Schools Australia told The Guardian: "This is fundamentally a claim around whether Christian and other faith based schools can continue to hold and teach their beliefs around this and other issues of importance to them."

He added: "Even if you accept that claim - that's calling upon her to fundamentally lie to the students,

"Students will see through that. The next question will be 'what do you think Miss?' We don't want teachers to teach something that they don't believe in."