TobyMac's eldest son has died as medics were called to reports of a cardiac arrest on Wednesday at the Christian musician's home in Nashville, America.

21-year-old Truett Foster McKeehan had collaborated with his dad on tracks. The aspiring rapper performed and released music under different names, including Shiloh, truDog, and TRU.

Truett was the eldest of TobyMac's five children. The cause of death is unknown, but the Davidson County Medical Examiner's office confirmed he died on Wednesday.

The musician has paid tribute to his son online on his website and social media, saying Truett was "a magnetic son and brother and friend. If you met him, you knew him, you remembered him.

"His smile, his laugh, the encouragement he offered with words or even without. He had an untameable grand personality and dreams to match. And he hated being put in a box."

Truett Foster Mckeehan had joy that took the room when he entered. He was a magnetic son and brother and friend. If you met him, you knew him, you remembered him. His smile, his laugh, the encouragement he offered with words or even without... cont. at https://t.co/IgNegwNhHVpic.twitter.com/el25pfekY0

TobyMac explained the last time he saw his son: "My last moment with Truett in person was at his first show this past Thursday... I had to leave the next morning very early to start our Canadian tour. As I stood in the audience and watched my son bring joy to a room, I was as proud as a "pop" (as Tru called me) could be."

He also shared the last text messages sent between him and Truett and in them, he told him how proud he was of him after watching him perform. 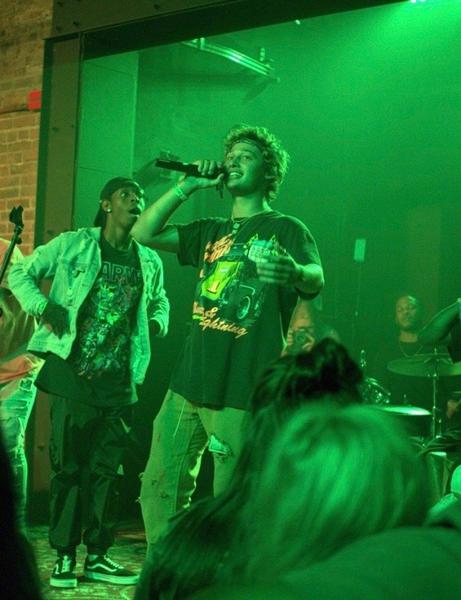 In the tribute posted on TobyMac's website, he says about his son's faith, "Truett always had a soft spot for God. The Bible moved him. His heart was warm to the things of his King.

"He was by no means a cookie cutter Christian but give me a believer who fights to keep believing. Give me a broken man who recognises his need for a Saviour every time. That's who Truett was and how he should be remembered."

Truett's last Instagram post was a video of him performing five days ago. He wrote: "last night it all kinda came together... thank you to everyone who has supported me through the thick and thin".

Toby is understood to have left during the middle of his week-long tour in Canada as news of the tragedy broke to be with his wife and other children.