A Christian who lost his child to suicide has told Premier he is saddened that more children are increasingly feeling suicidal.

He was speaking after a new report showed that Childline gets a call every half an hour about a child that feels they have no choice but to take their own life.

The NSPCC's round-the-clock service dealt with almost 20-thousand calls from young people who were plagued with thoughts of ending their own lives - more than double the number five years ago.

Alan Slough, a Christian who lost his son Tom to suicide in 2004, told Premier's News Hour it is key people make those struggling feel like they can open up.

He said: "If somebody's feeling rubbish then they need to be able to tell somebody that they're feeling rubbish without thinking oh gosh I'm supposed to be happy and smiley because I'm a Christian, and it's quite an unseen pressure that's put on people." 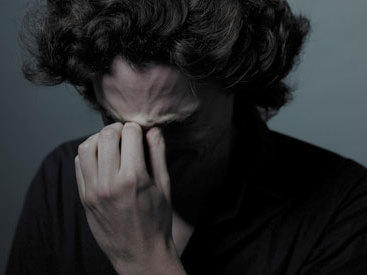 Alan Slough said there is rarely one reason why a person starts to feel suicidal.

"There's a lot of pressure put on them [young people], but you can't pick one - like school pressure - it's often the build-up of many things that have maybe happened over many years, it can be pressures from school, it can be low self-esteem from childhood, it can be broken homes, but you can't just put one label on it."

Childline carried out an average of 53 suicide counselling sessions a day last year as they dealt with record levels of children talking about how desperate they felt.

Girls were six times more likely to contact Childline about suicidal thoughts and feelings than boys and those at most risk were aged between 12 and 15.

Mr Slough talks to groups around the country about how to talk more openly about suicide and said it is important friends and family form a support network and do not take on full responsibility for another person.