Christian library destroyed by IS reopens in Iraq

A Christian library in Iraq that was set on fire during an invasion by Islamic has been reopened to the public.

IS militants invaded the city of Qaraqosh in 2014, destroying homes, churches and libraries and displacing tens of thousands of Christians in the area.

Qaraqosh has the largest Christian population in the Nineveh Plains, Northern Iraq.

The city, also known as Bakhdida was liberated from IS rule in 2016.

With the support of Christian freedom charity, Open Doors and the Syriac Catholic Church in Qaraqosh, the library which had many of its books burned or stolen has now re-opened its doors.

Syriac Catholic Church priest, Fr Duraid said: "It rose from the black ruins and demolition debris to a cultural centre. We dream that it will be a space where intellectuals, students, authors, poets and other readers from our village can meet or do research."

The restored library, which is part of the Christian centre for social and cultural activities in the city, has been named in honour of Fr Louis Qasab, a highly educated and loved priest from Qaraqosh.

It has around 650 books in total, with categories ranging from religion, science, fiction, politics and children's literature. 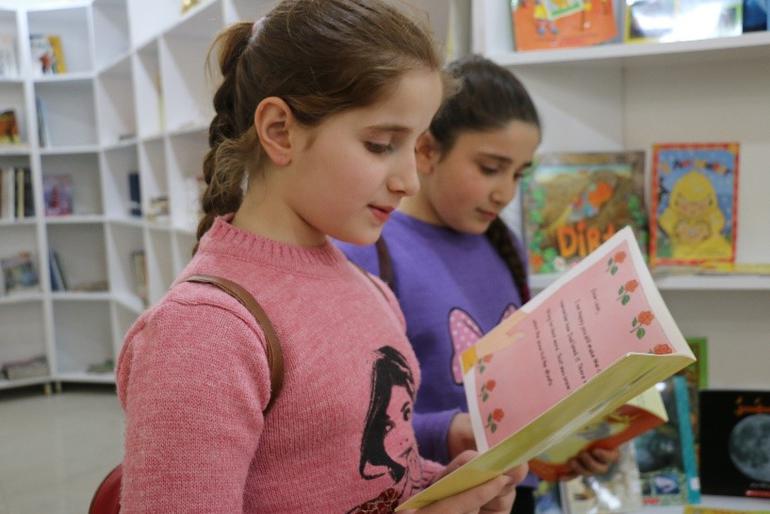 According to a member of the church committee, Labib al Katib, the restored library will help to educate the younger generation: "I believe the library is very important for motivating people to read and become better educated. Despite huge destruction that still exists around us, people have already started to enquire about this library for their scientific research or studies.

According to local churches, over 5,100 Christian families who were forced to flee their homes five years ago have now returned to the region and begun rebuilding their communities.

Iraq is number 13 on the Open Doors' World Watch List, a ranking of 50 countries where it is most difficult to leave as a Christian.