Polls have closed in the capital of Indonesia where residents have been voting whether to re-elect the city's first Christian governor in 50 years.

Basuki Tjahaja Purnama entered the run-off contest for the Jakarta seat against Muslim and former education minister Anies Baswedan amid an ongoing trial over a blasphemy charge.

Mr Purnama is accused of insulting the Koran last September when he gave a speech which referenced a verse some people interpret as meaning Muslims should not support non-Muslim leaders.

Hundreds of thousands of conservative Muslims took to the streets of Jakarta last year joined hard-line Muslims in protesting at his comments. 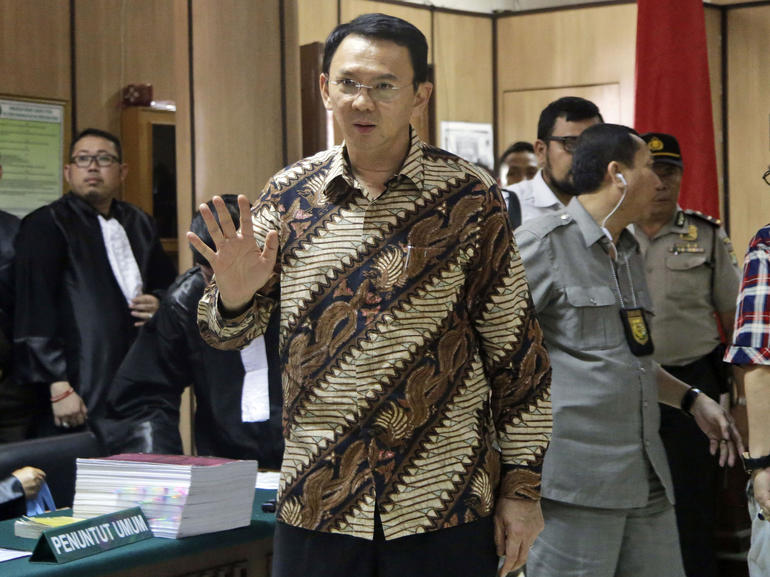 The long-running trial began in December and a verdict is due within weeks.

Being convicted of blasphemy would not automatically stop Purnama from holding office and the appeal process could buy him significant time before serving any jail sentence.

Critics have claimed his trial is politically motivated.

Purnama, who is also the city's first ever ethnic Chinese leader, won the first round of voting in February however his rival is now the favourite to win Wednesday's vote.

He was quoted by AFP as saying: "Today's election decides the future of Jakarta. The military and the police are guaranteeing security, so don't be afraid to come out."

The official results of the vote will not be announced until next month.