A Christian clerk in the US has refused to give a gay couple a marriage licence four times, even though it's illegal for her to do so.

Kim Davis has said she is refusing to issue the licenses "on God's authority".

She has rejected a couple, David Moore and David Ermold, four times.

When, on the fourth occasion, they refused to until they received their licence, Mrs David said: "Then you're going to have a long day."

Earlier this year the US Supreme Court ruled that it was unconstitutional to deny gay people the right to marry. This means Mrs Davis' refusal to give the licences to gay couples is illegal. 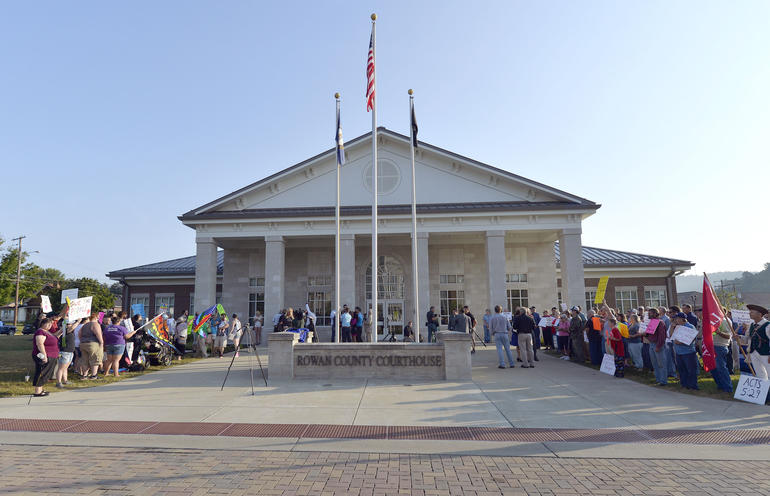 Some supporters of her decision shouted "praise the Lord" and "stand your ground".

Critics of her decision called Mrs Davis a bigot, and said: "do your job".

The US Supreme Court yesterday declined to intervene in the case, leaving Ms Davis no legal grounds to refuse to grant licences to gay couples.

A district judge could now hold her in contempt, which can carry steep fines or jail time.