The proposal, which was scheduled for a final vote in parliament on Tuesday, would have deferred sentencing for sexual assault of minors in cases where there was no physical force and where the victim and perpetrator were married.

It would've applied to cases that occurred between 2005 and November 16 this year.

The government said it would submit the proposal to a parliamentary committee for review.

It put the bill forward in the first place because it wanted to address what it calls the "unfair treatment" of families where fathers were jailed for marrying girls under the age of 18, even if both parties and their parents consented.

Critics say the bill would have effectively offered a mass pardon for child rape.

The age of consent in Turkey is 18, although many younger people are married in Islamic ceremonies.

Hundreds of people gathered in front of the parliament building to protest against the measure burst into celebrations after the government decision. 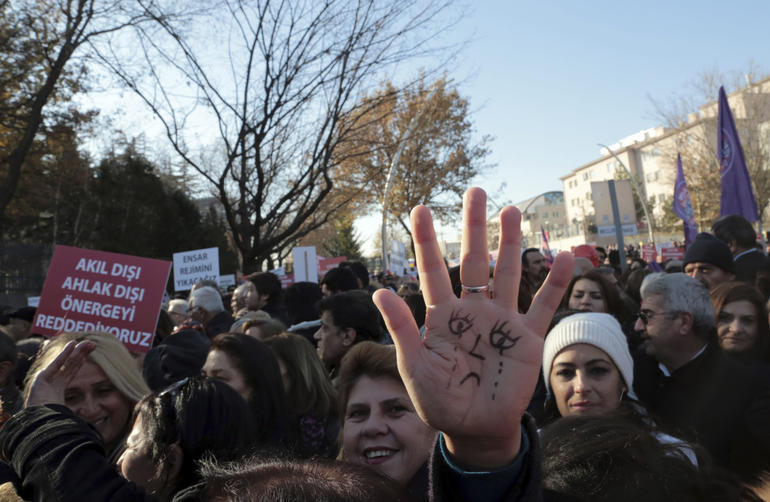 Speaking on Premier's News Hour, Peter Grant from Restored, said: "We were appalled at the prospect of a bill that would exonerate men who were guilty of rape of underage girls. This idea that by marrying someone, you can somehow make it right, is appalling.

"The woman or girl affected is not only raped but then faces a lifetime potentially living with her rapist as a wife, so we're very pleased this bill has been withdrawn.

"The idea that somehow a girl of that age would then have consented to the marriage or indeed to the sex in the first place is unacceptable and is just putting too much pressure on young girls, particularly in societies where men may be dominant, so there's a lot of scope for abuse."

Listen to Premier's Alex Williams speaking to Peter Grant on the News Hour: