A charity is calling on Christians to pray for all those at sea as over 1,000 people are evacuated from a cruise ship which got into difficulties off the coast

Two hundred Britons were on board the Viking Sky ship which sent a mayday call after losing engine power.

Footage online appeared to show the ship rocking dramatically, with debris falling from the ceiling and furniture including chairs sliding across the floor as passengers sat waiting to be rescued.

Derek and Esther Browne, from Hampshire, said the "whole boat was swaying, it was very rough" before they were airlifted to safety.

Mr Browne told BBC Radio 5 Live's Stephen Nolan: "We had a few people on stretchers, several with cuts, two with broken limbs, but fortunately we were alright. We were airlifted onto the helicopter which was quite a frightening experience." 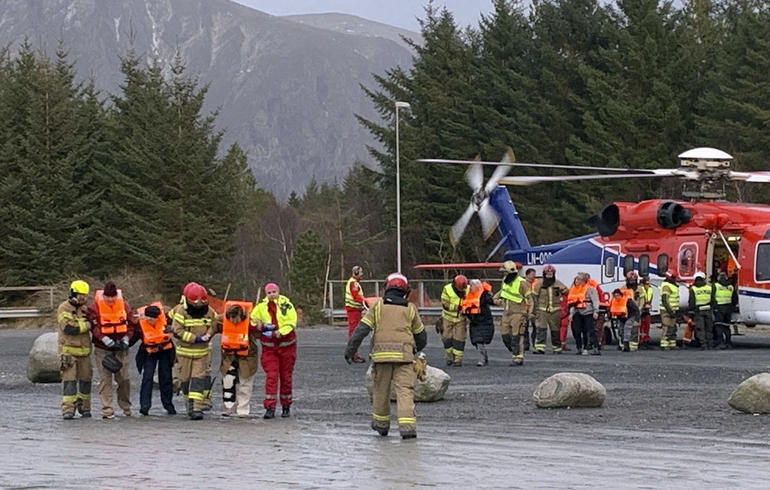 Addressing the dangers of being sea travel, John Green from the Apostleship of the Sea said: "Obviously, the passengers are on their holiday, on a vacation and this really is something that they wouldn't have expected, but what it really highlights is actually the sea, despite our advances in technology is really still a force to be reckoned with.

"The crew on the other hand, they would have received training for such circumstances but when such an eventuality like this does occur, the levels of stress and the demands on the crew are really going to be quite high."

Calling on Christians to use this case as a reminder to pray for those at sea, he said: "Each week the Apostleship of the Sea sees about two difficult cases that won't make the media; somebody's died on board, somebody's been put in hospital in a foreign country or a crew hasn't been paid wages.

"I would ask Christians, when they sit down to have their breakfast, whilst you're eating all these goods and the clothes you wear that come from overseas - remember the seafarers that brought them there who are today at sea to earn a living for their family, will we missing their loved ones, and your prayers really will make a big difference to them, helping them remember the church hasn't forgotten them."