A masked gunman has shot and killed two Christian brothers outside an alcohol shop in Cairo; just days after a gunman killed 10 people at a church in Egypt's ca

The two victims were killed in the southern Giza district as they celebrated New Year's Eve, security sources said.

Witnesses speaking to Egyptian newspaper Sada el-Balad identified the siblings as Adel and Ashraf Azar, who were friends of the shop's owner, who survived the attack.

The assailant drove up on a motorcycle taxi and opened fire in the early hours of Monday morning.

While nobody has claimed responsibility for the assault, it parallels with the recent deadly attack on Mar Mina church in Helwan, just east of Giza, claimed by Islamic State. 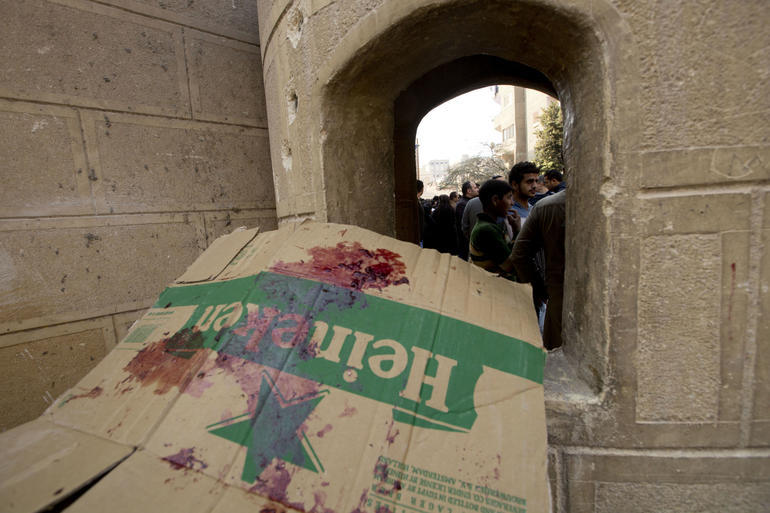 The gunman also rode to the site on a motorbike.

IS militants have targeted Egypt's Coptic Christian minority since December last year, with church bombings that killed more than 100 and wounded scores.

It is feared there will be more attacks against Christians before Coptic Christmas is celebrated on 7th January.