North Korea's Supreme Court has sentenced a Canadian pastor to life in prison with hard labour for what it calls crimes against the state.

Hyeon Soo Lim, in his early sixties, was originally detained in February, after he made one of many visits to a nursery, nursing home and orphanage he supports there.

Mr Lim was sentenced after a brief trial.

He leads Light Korean Presbyterian Church in the Canadian capital Toronto, and has made more than 100 trips to North Korea since 1997. 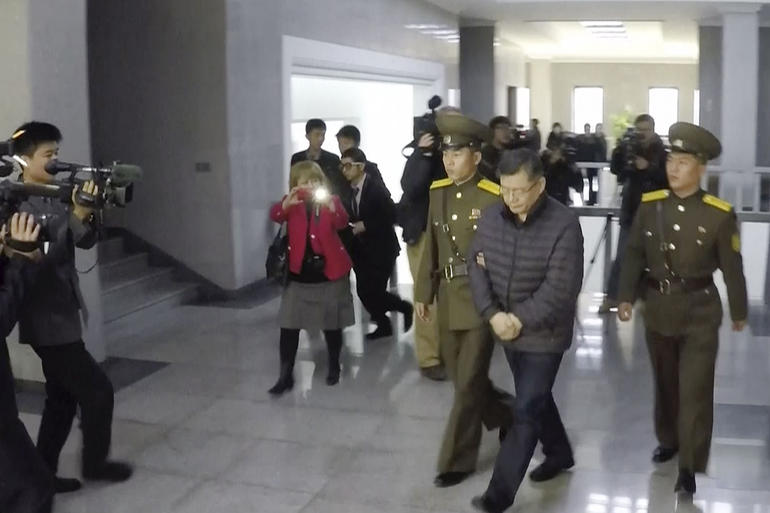 The pastor appeared in at a press conference organised by North Korean authorities in July, where he admitted plotting to overthrow the state.

It is believed that Hyeon Soo Lim was coerced into making this confession.

Other foreigners detained in North Korea and then released have said they were coerced into making similar statements and confessing guilt during their detention.

North Korea has been consistently ranked the worst country in the world for Christian persecution on the World Watch List, an index which ranks countries in order of victimisation of believers.

The anti-persecution charity Release International has called believers to pray for Hyeon Soo Lim's release, and urged Canada and other nations to use diplomatic pressure to achieve his release.

"So therefore you must be working for the United States or South Korea to try and undermine that nation.

"A sentence of life's hard labour after just a 90-minute trial without any independent legal representation... I would say at its very core is the nature of who governs North Korea.

"It's said that people have even been executed just for possessing a Bible.

"Christians who have been caught worshipping or caught praying have sentenced to camps in North Korea which have been likened to concentration camps.

Listen to Premier's Hannah Tooley speaking to Andrew Boyd on the News Hour: