A Canadian mission team has been denied entry to the US over fears they would be taking American jobs, a church spokesman said.

The group from the Rehoboth United Reformed Church in Hamilton were planning to spend a week helping a New Jersey church rebuild houses hit by Hurricane Sandy in 2012.

When the group of 12 volunteers reached the US border they were told they would not be able to enter without proof that their work would not be compensated. 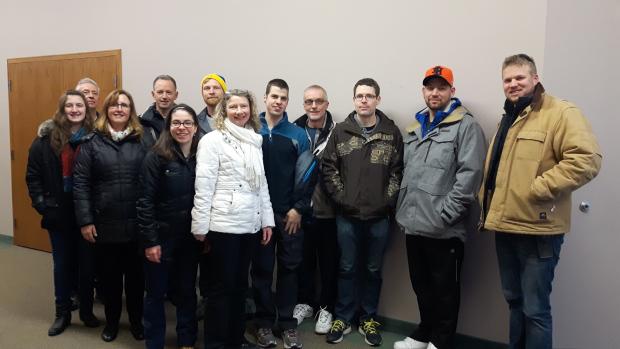 The group of volunteers were denied entry into the US

Church outreach director Erik Hoesema contacted the Reformed Church of Highland Park in New Jersey asking him to email a letter to border patrol explaining their purpose, but the letter was not deemed to be specific enough.

The New Jersey church sent a second letter but it was interpreted as suggesting the group would be paid.

"This was interpreted as 'work for hire' and since we are foreigners, this would be stealing American jobs," Hoesema said.

After being held at the border for two hours, the group were denied entry.

The mission team had previously worked with other churches in the USA and this was the first time they had problems crossing the border.

"It's not a new thing that groups are going down there and helping out," said Hoeksema. "In the past, our groups would go down and help in impoverished neighbourhoods and maybe they would even do some light construction.

"I think everybody knows that's what groups are doing down there when they're volunteering. Common sense has it that we're not going down there to steal American jobs. We're helping people."

A US border spokesperson said the refusal of entry came down to documentation.

"In this case, US Customs and Border Protection attempted to assist the group, but ultimately the group was unable to obtain the proper documentation to support this visit," they said.