The Duchess of Cornwall has laid flowers at an Italian church in honour of her great-grandmother.

She laid flowers at a memorial plaque in honour of Alice Keppel, her great-grandmother.

Keppel was a British socialite and long-time mistress of Edward VII.

The pair began an affair when Keppel was 29 years old and Edward VII was 56 years old. His wife, Alexandra of Denmark, is said to have tolerated the affair.

Historians have described Keppel as one of the most beautiful women of her time. 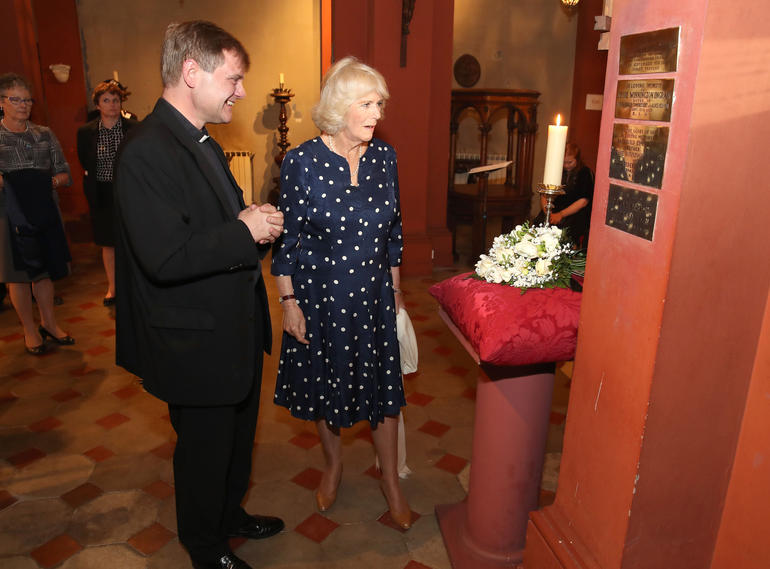 The Duchess of Cornwall with the Rev William Lister

As the Duchess talked to Rev William Lister, chaplain at St Mark's, Camilla explained that Keppel had bought a beautiful property in Florence and she remembered its gardens being filled with statues, when she was a child.

The house was later sold by her mother and uncle but the Duchess admitted she regretted the decision.

After laying down the flowers, the Duchess took part in a short service of remembrance for those who fought in the First and Second World Wars and met senior figures within the Church of England community at a reception.

Afterwards, Rev Lister said: 'It was a very personal visit for the Duchess because of the links with her family. She did say she would use any excuse to come back to Florence."

Later in the day, the Duchess privately met victims of human trafficking and spoke afterwards of how moved she had been by the experience. 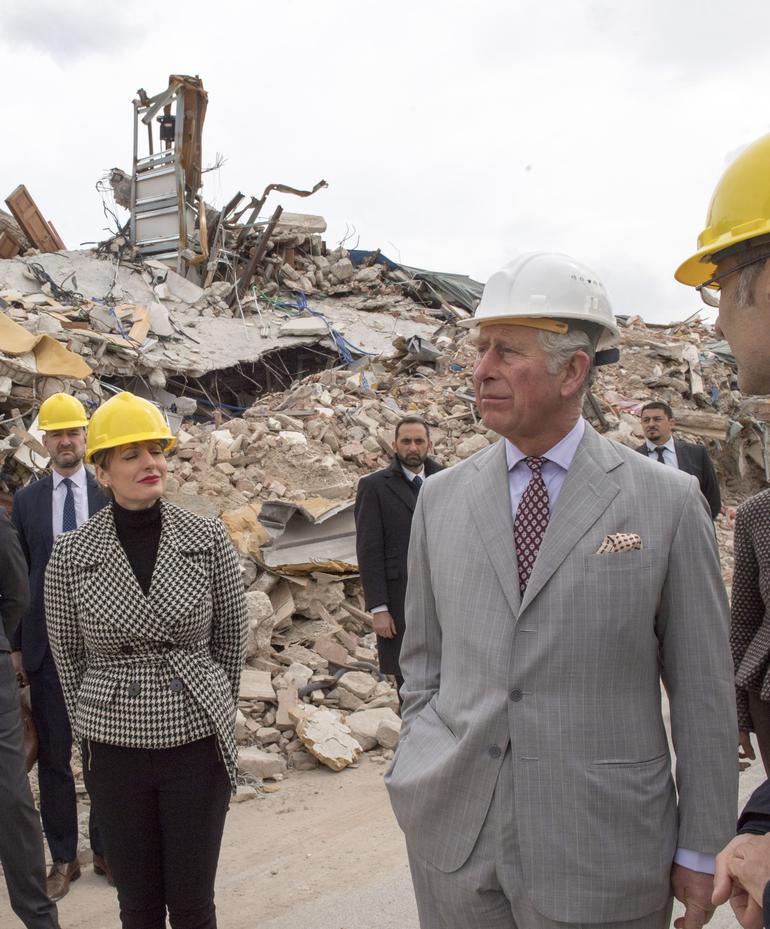 Meanwhile, Prince Charles visited Amatrice in the mountainous region of central Italy, which was devastated by an earthquake last August

Camilla and Prince Charles are touring Italy, Austria and Romania in order to shore up British relations in Europe as Brexit begins.

The pair is due to meet Pope Francis at the Vatican tomorrow.