The Church of England has published a new charter and resources to support schools teaching relationships, sex and health education (RSHE).

The guide comes at a time of major debate over relationships and sex education in England's schools, with the subject due to become a legal requirement next September.

Although parents have the right to withdraw their child up to age 15, concerns have been raised in over what younger children will be taught.

The new charter has eight commitments which all schools, Church of England and others, can sign-up to prior to the new guidelines becoming law.

The charter says that CofE schools should ensure that the curriculum "protects, informs and nurtures all pupils" and clearly differentiates between factual teaching on topics such as biology, the law, marriage and different types of families and moral teaching about relationships and values.

It says: "Relationships, sex and health education (RSHE) should ensure that children are able to cherish themselves and others as unique and wonderfully made, keep themselves safe and able to form healthy relationships where they respect and afford dignity to others."

The charter goes on to say that the Church "welcomes, supports and expects" the teaching of relationships and health education in its primary schools, adding "it is up to each primary school to decide whether they wish to choose to teach some aspects of sex education but we encourage schools (following consultation with parents) to offer age-appropriate provision."

Rt Rev Stephen Conway, Bishop of Ely and the Church's lead Bishop for Education, said the aim of the guide is to "help all schools foster an inclusive and faith-sensitive approach to Relationships, Sex and Health Education".

"While delivery of these topics has not been without contention in recent months, children are increasingly at risk of exposure to pornography and other damaging online and real-world interactions, and we must commit to teaching this vital part of the curriculum in a way which affords dignity and shows respect to all," he added.

"It is our ambition that these resources will give primary schools in particular the confidence to develop an age-appropriate sex education provision in partnership with parents, guardians and carers, while recognising this is a decision for each school to make.

"As all schools must uphold the protected characteristics of the Equalities Act, this Charter is not just for Church of England Schools, but can be of value to any school as it seeks to be clear and intentional about a faith-sensitive approach to Relationships and Sex Education.

"We commend these resources and pray for families and all in our schools who have the privilege and responsibility of helping children and young people to develop the skills they need to form healthy, resilient relationships within a pluralistic society." 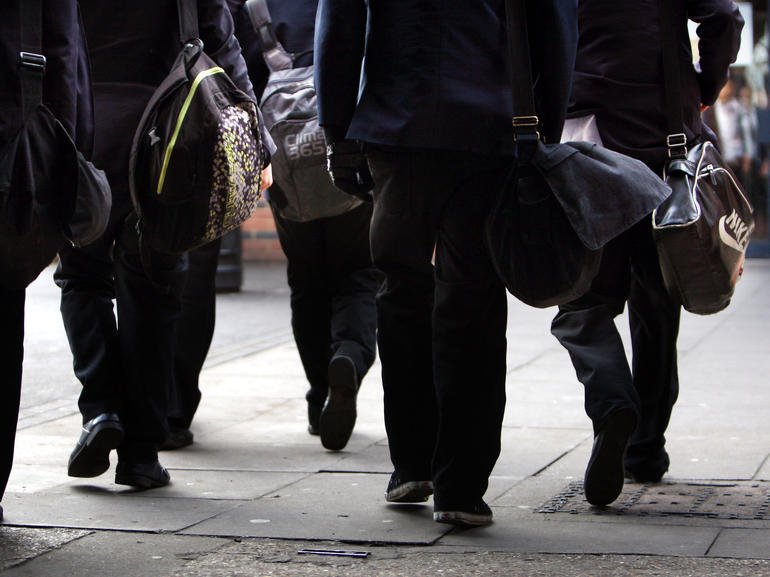 The charter and companion resources, which can be downloaded from the Church of England website, has been released as new research shows many teenagers  feel that having "the talk" with their parents does not tell them all they need to know about important subjects such as pornography and how babies are conceived.

Less than half (48 per cent ) of 16 and 17-year-olds rate the relationships and sex education (RSE) they got from their mothers and fathers as at least good, according to a poll.

And even more young people believe that school sex education is not up to scratch, with just two in five (41 per cent) saying the teaching they received was good or better.

The poll, commissioned by the Sex Education Forum, asked 16 and 17-year-olds to rate different aspects of the sex and relationship education they received at home and in school.

While more than three in four (78 per cent) said they learned all they need to know about puberty from their parents, just half (52 per cent) said they were taught the medically correct names for genitalia, and a similar proportion (53 per cent) received all the information they needed about sexually transmitted infections (STIs).

In addition, 69 per cent were told how babies are conceived or born, meaning that nearly a third (31 per cent) were not taught everything, or did not learn about it at all.

Just 38 per cent said their parents taught them about pornography, while 30 per cent were told about sexual pleasure.

More teenagers said they were taught about gender equality (66 per cent) by their parents than lesbian, gay, bisexual and transgender (LGBT+) issues (49 per cent).

The findings show that one in six young people rate their school RSE as bad or very bad, while 19 per cent said the same of their parents' talks.

In schools, the survey found that the topics most likely to have been fully covered were where babies come from, bullying, puberty, contraception, the correct names for genitalia and STIs.

And the topics least likely to be properly taught, according to teenagers, were sexual pleasure, pornography and female genital mutilation (FGM).

Just under a fifth said they had learnt nothing about LGBT+ issues at school, with a further 28 per cent saying they were not told all they needed to know.

There have been a number of protests against LGBT education in schools in the last year.

Earlier this week, a judge ruled that anti-LGBT equality teaching protests should be permanently banned from outside a primary school which had witnessed weeks of noisy demonstrations.

The ban, handed down at the High Court in Birmingham on Tuesday, includes an exclusion zone surrounding the city's Anderton Park Primary School.