Franklin Graham has also supported suggestions that the federal judge's decision to jail Davis was the "criminalisation of Christianity."

Davis, 57, said she was operating "under God's authority." 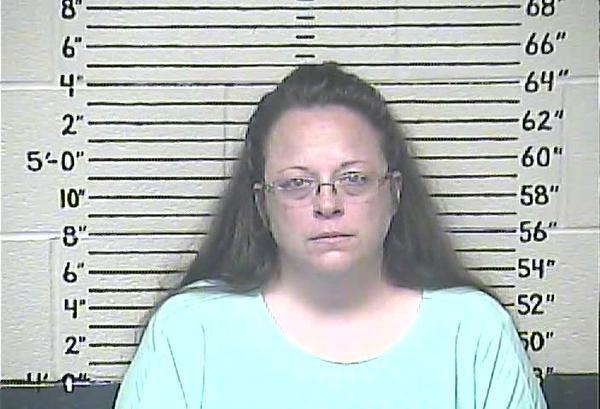 A federal judge said on Thursday that the 57-year-old who has been divorced three times was in contempt of court because she again refused to issue marriage licenses to gays, going against the to the Supreme Court decision which vetoed bans on same-sex marriage in all US states in June.

Writing on Facebook, Graham said: Kentucky Clerk of Court Kim Davis was jailed by a federal judge yesterday because she refused to put her name on marriage certificates for same-sex couples.

"This ripple effect is exactly what we feared would result from the Supreme Court's disastrous ruling in June.

"As Americans, our constitution guarantees religious freedom which means we should be able to live out our faith in our daily lives.

"Mike Huckabee called this 'the criminalization of Christianity.' As Kim fights this battle, she is really fighting for religious freedom for all of us.

"Let's continue to pray for her, and that Judge David L. Bunning will have a change of heart," added the head of a foundation named after his father and head of global charity Samaritan's Purse.

Huckabee is on record saying that "the Supreme Court is not the Supreme Being, and they cannot overturn the laws of nature or of nature's God."

Huckabee floated the notion of using federal troops to block people from getting abortions. He also said: "I will not acquiesce to an imperial court any more than our Founders acquiesced to an imperial British monarch."