Mr Kidd said he would deliver his sentence on 13th March.

The 77-year-old Pell (pictured outside court yesterday), who could face five decades in prison, showed no expression as he walked from the dock with a cane escorted by three court security officers and a prison guard.

A jury unanimously convicted Pell in December of abusing the two 13-year-olds in 1996 weeks after becoming archbishop of Australia's second-largest city.

But Pell was not taken into custody immediately because he had surgery scheduled to have both knees replaced.

Pell faced an abusive crowd on Wednesday as he entered court half an hour before his sentencing hearing was scheduled. 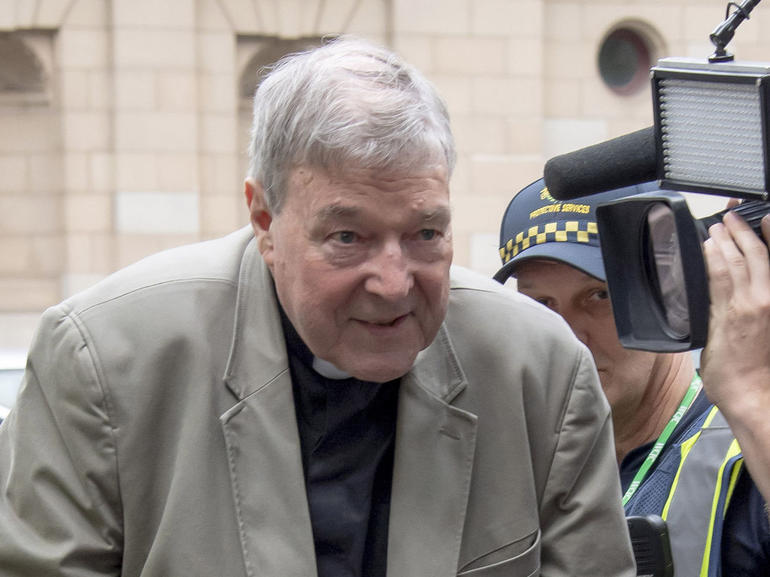 "I hope you burn in hell!" one man shouted while pushing against a cluster of police officers trying to shield the cardinal as he walked into the courthouse.

The court had until Tuesday forbidden publication of any details about the trial because Pell had faced a second trial in April on charges that he indecently assaulted two boys aged nine or 10 and 11 or 12 as a young priest in the late 1970s.

But prosecutor Fran Dalziel told the court on Tuesday that the charges had been dropped and asked for the suppression order to be lifted. The move came days after a judge ruled out two key prosecution witnesses.

Pope Francis removed Pell as a member of his informal Cabinet in October. He had remained prefect of the Vatican's economy ministry, but his five-year term expired this month, acting Vatican spokesman Alessandro Gisotti said. 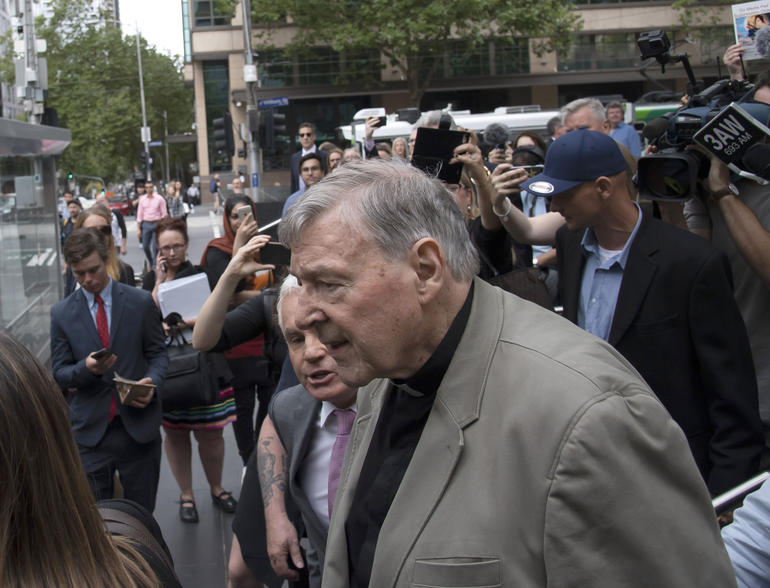 Mr Gisotti tweeted that Pell "is no longer" the Holy See's economy chief.

The judge said Pell was guilty of a breach of trust with an element of brutality and had had a sense of impunity. "I see this as callus, brazen offending - blatant," Mr Kidd said.

Pell had maintained his innocence throughout, describing the accusations as "vile and disgusting conduct". 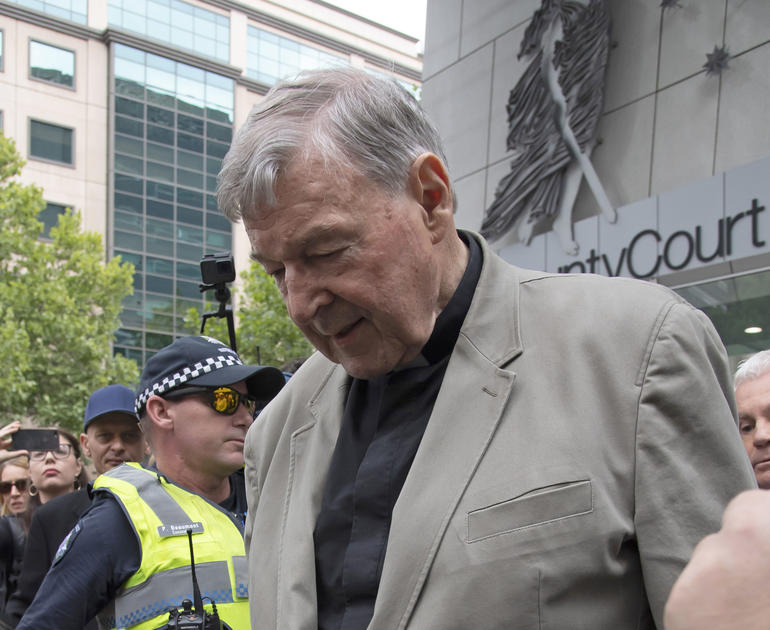 His lawyers have appealed the convictions and were scheduled to appear in the Court of Appeal on Wednesday afternoon to apply for bail.

But the bail application was later withdrawn. No date has been set for an appeal hearing.